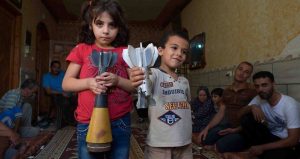 On Thursday 7th February 2019 in the Celbriage Manor Hotel at you are invited to a free screening of the documentary called “Killing Gaza” on the Palestinian struggles in Gaza. The film, directed by independent journalists Max Blumenthal and Dan Cohen, documents Israel’s 2014 war on Gaza. The film starts at 7.45pm.

This film is much more than a documentary about Palestinian resilience and suffering. It is a chilling visual document of war crimes committed by the Israeli military, featuring direct testimony and evidence from the survivors.