[Belfast] RIYA HASSAN on 10 years of the Palestinian BDS Movement: A decade of global resistance to Israeli Apartheid (IPSC) 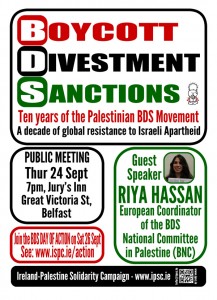 For more info about the IPSC see: https://www.ipsc.ie/ 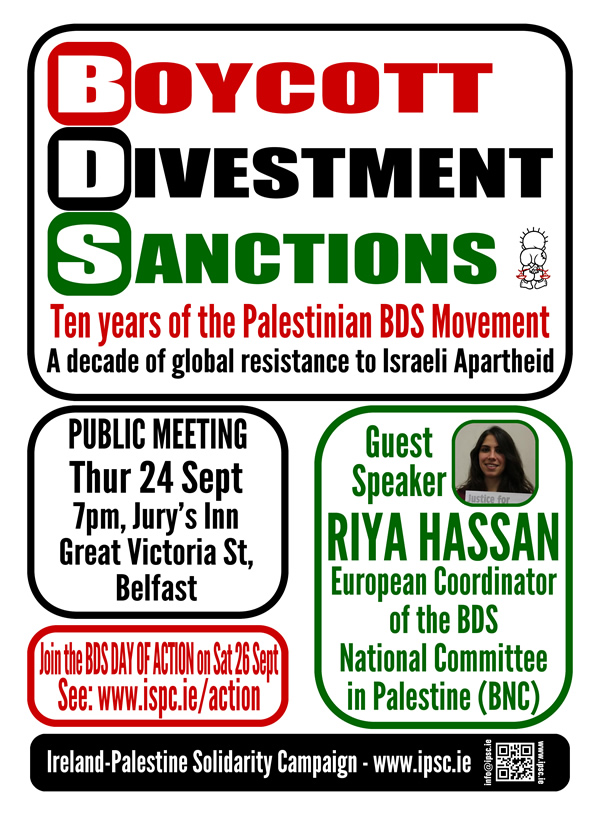