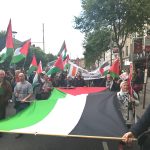 Fatin Al Tamimi, Chairperson of the Ireland-Palestine Solidarity Campaign (IPSC) spoke at the #StopTrump demonstration in Dublin on 6th June 2019. You can watch the video here, or read the full text below.

A contingent of people from the IPSC also took part in the protest march, and there are some pictures of the demo following the speech.

In my life I wear many hats – I am a woman, an immigrant, an exile, an Arab, a Muslim, an anti-war and anti-apartheid activist, a mother, and I am a Palestinian. These are some of the identities that make up my whole person – and Donald Trump, his Administration and their vile ideology represent a serious threat to every single one of these identities.

Since Trump’s election we have seen a huge increase in bigotry, misogyny, xenophobia, environmental destruction, war, imperialism and white supremacism. Not just in the United States – but all over the world. Even here at home Ireland has not proved itself immune to this rightwing extremism.

Meanwhile in Palestine the Trump-Netanyahu Axis of Racism is an ongoing disaster for the Palestinian people. The Trump regime has enacted a series of harsh policies, including recognising occupied Jerusalem as the capital of the Apartheid State of Israel, recognising Israel’s illegal annexation of the Syrian Golan Heights, threatening the International Criminal Court, and cutting all funding to UNRWA, the agency responsible for providing education and healthcare to millions of Palestinian refugees.

Trump has also been enabling yet more vicious attacks on Palestinians by the Netanyahu regime. Israel continues to brutally repress Palestinian resistance, with almost 200 unarmed protesters deliberately shot dead and thousands wounded in Gaza. Thousands of political prisoners – including hundreds of children – remain in Israel’s jails. In passing the ‘Nation State Law’ last year, Israel further entrenched its system of anti-Palestinian apartheid, while racism and incitement within Israel are at an all-time high. During the recent election, threats were made to illegally annex more Palestinian land – and with a new election due in a few months, we will only see an increase in violent anti-Palestinian rhetoric and action.

Internationally, Israel the US and their allies are attempting to supress international solidarity by trying to outlaw the Boycott, Divestment and Sanctions (BDS) movement.

Make no mistake; things are looking bleak for Palestinians. Especially as all of this is occurring with total impunity. There is an absence of any meaningful protest from the international community, including, sadly, our own government here in Ireland.

There can be no doubt that Donald Trump is an anti-Palestinian and pro-Israeli Apartheid racist. But he is a threat to more than just us Palestinians. He represents the politics of hate, fear, division and hopelessness. He is a danger to the survival of our planet and everyone on it.

Yes, these are scary times. But we people of conscience must not, and will not, stand on the sidelines – we will redouble our efforts in the fight against colonialism, apartheid, racism and imperialist war.

In Palestine, in Ireland, in the US and everywhere else we must organise to build effective and creative movements of resistance that will liberate us all. Together we will continue the struggle for freedom, justice and equality for all peoples.

To Hell With Trump. 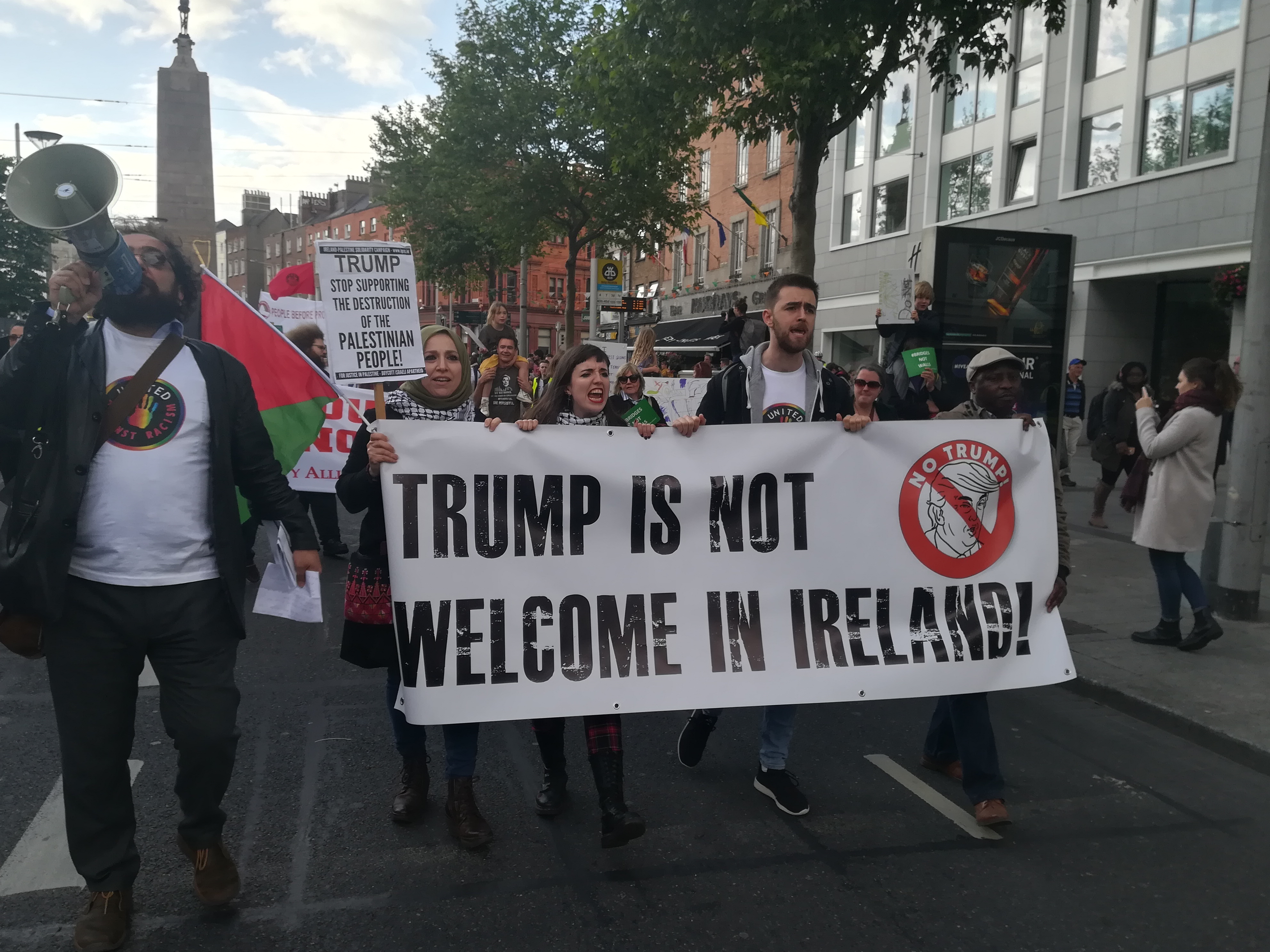 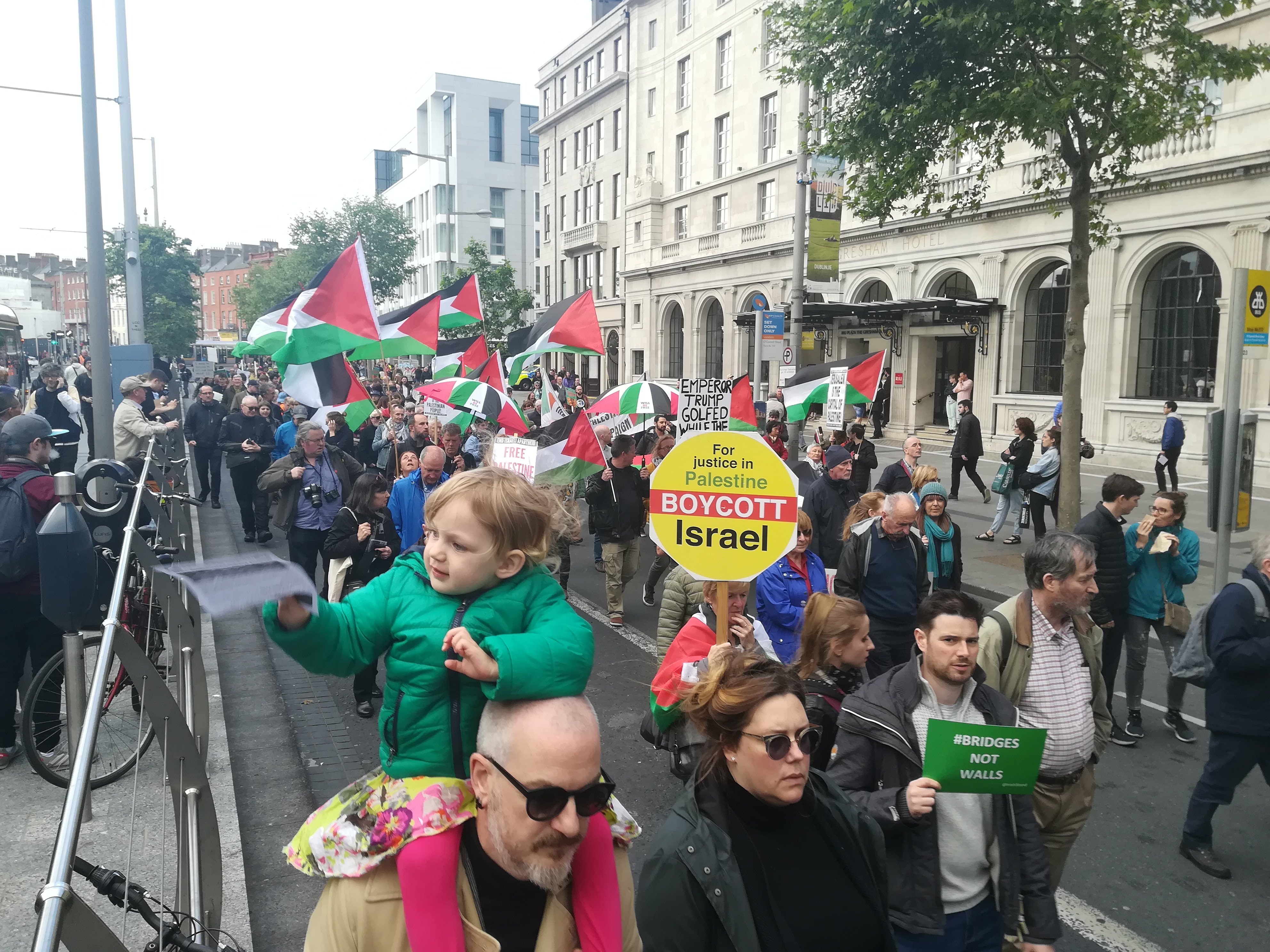 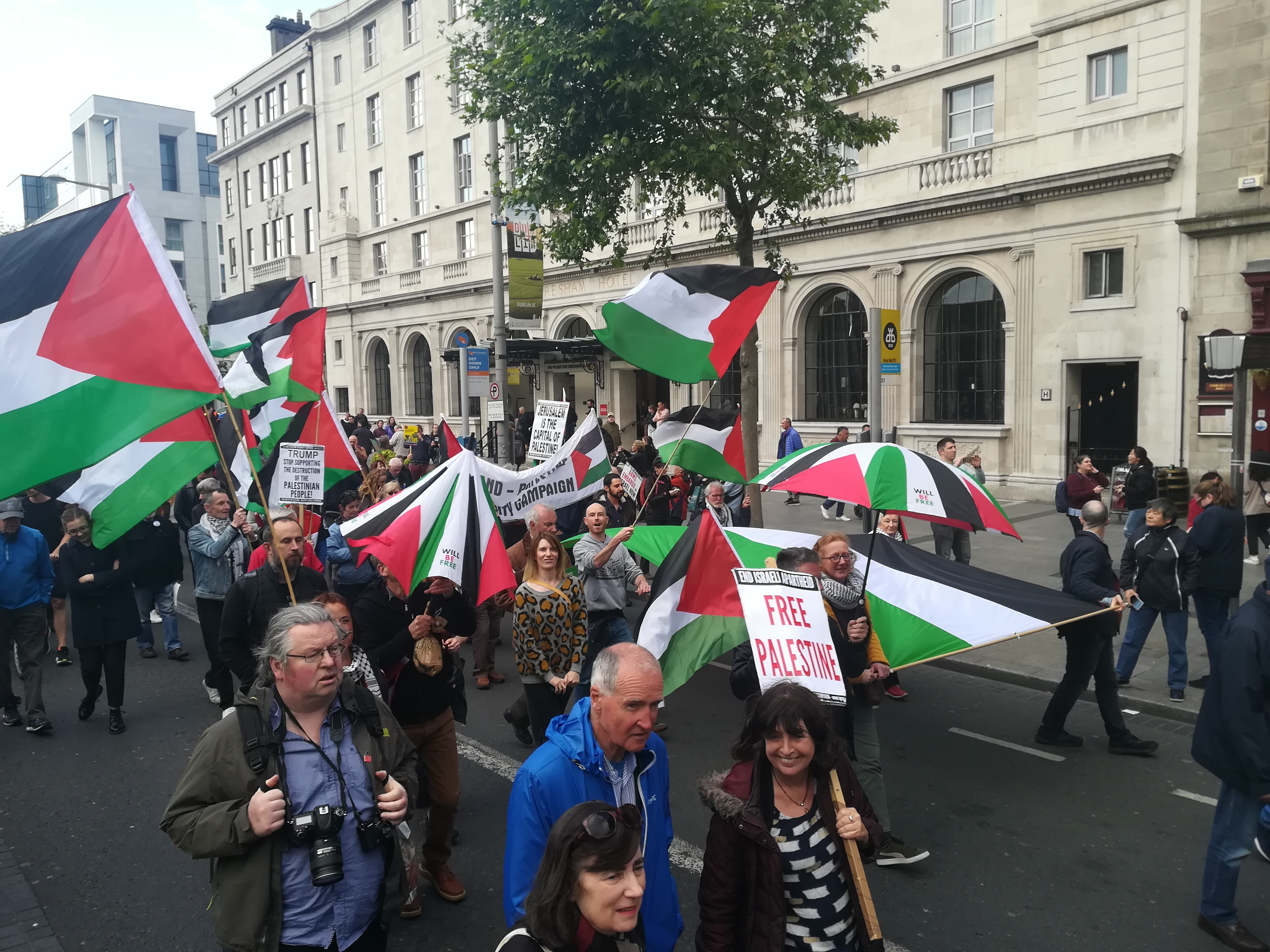 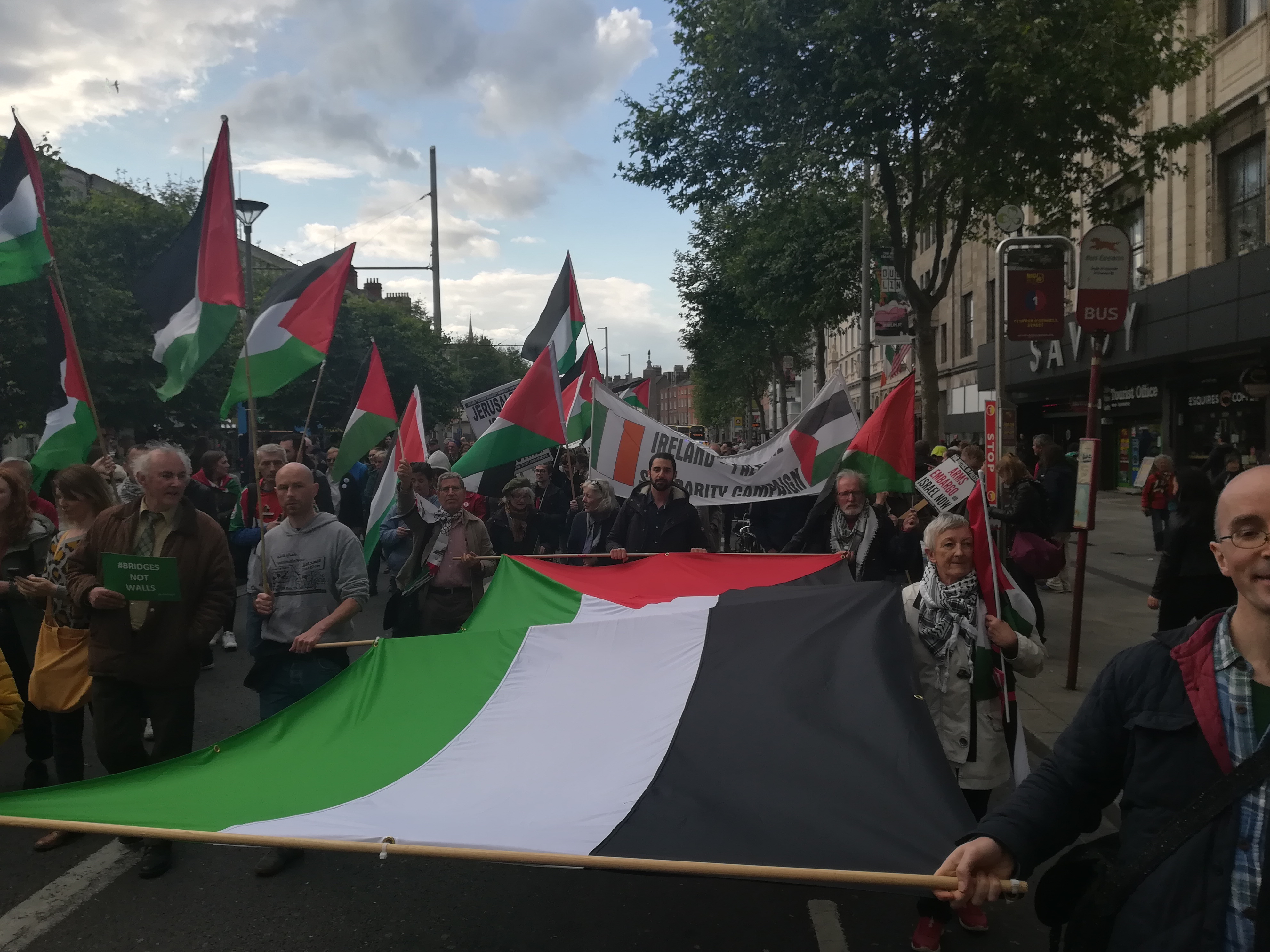 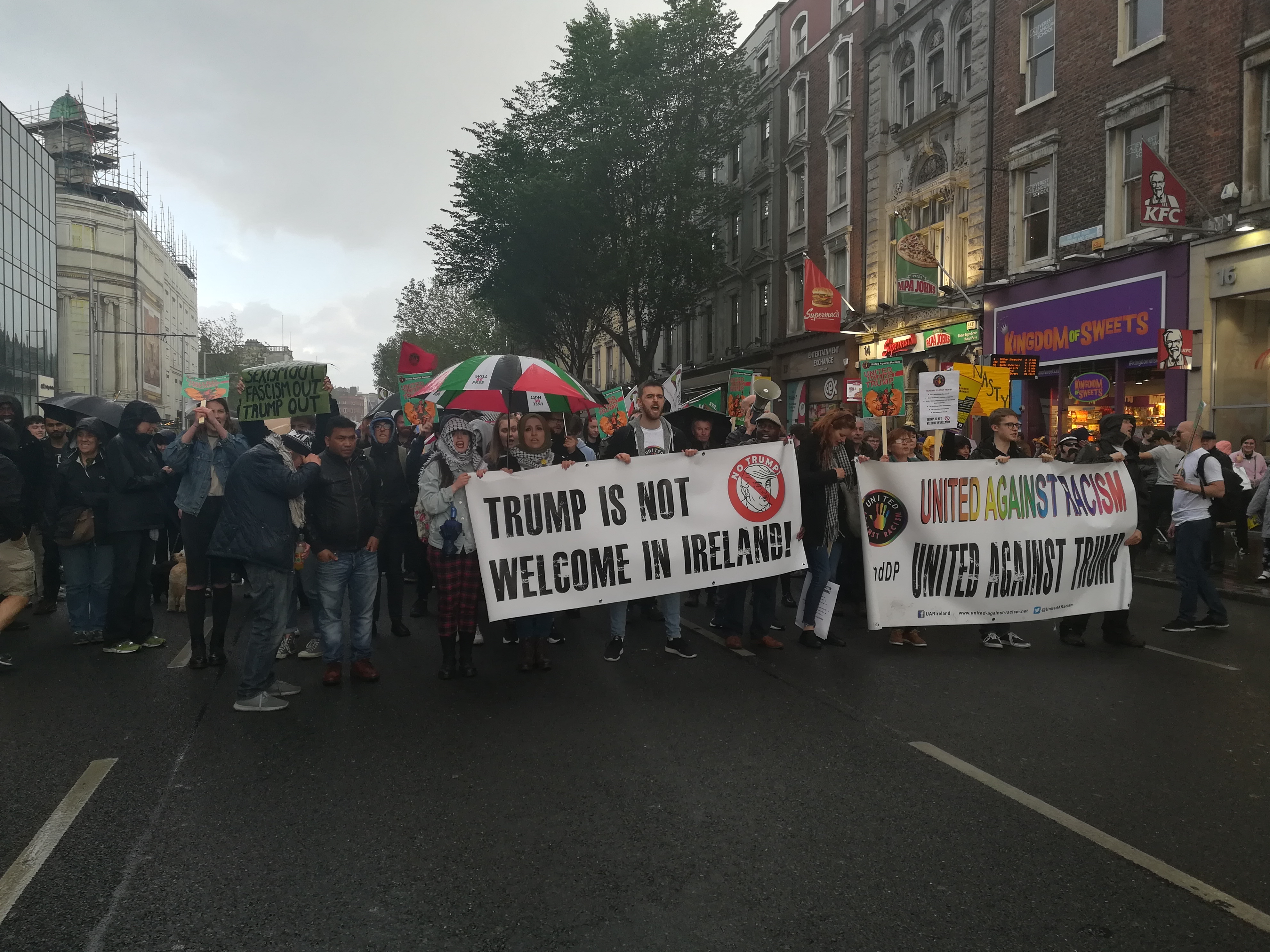 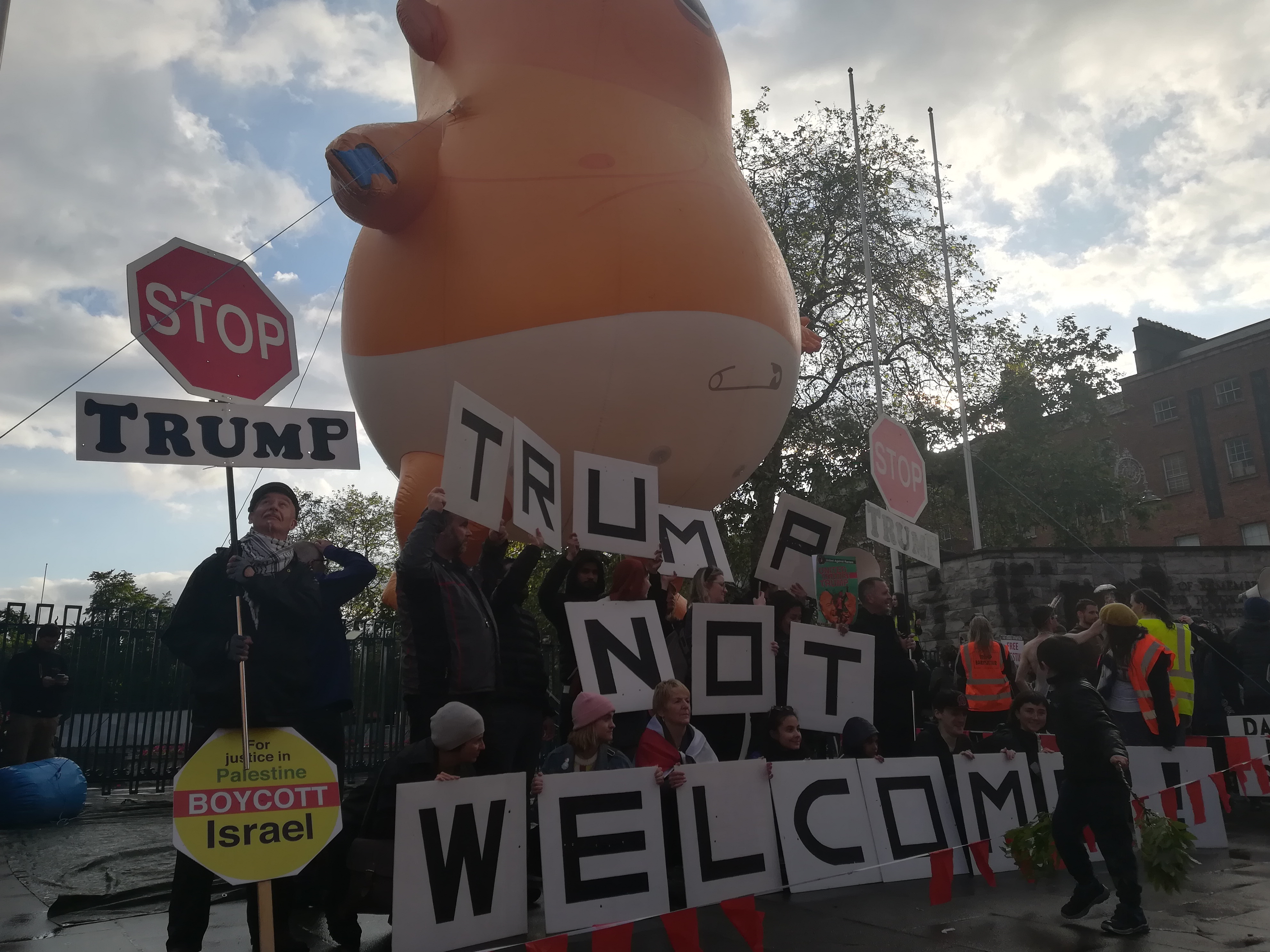