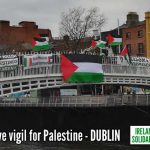 Below are some pictures and a short video from the many solidarity vigils that took place around Ireland this New Year’s Eve to mark the tenth anniversary of the 2008/09 Israeli attack that killed over 1,400 people.

Palestinians have asked us to support the Boycott, Divestment and Sanctions (BDS) movement, so let’s work together even harder to ensure that 2019 is the year the people of Palestine finally enjoy freedom, justice and equality! 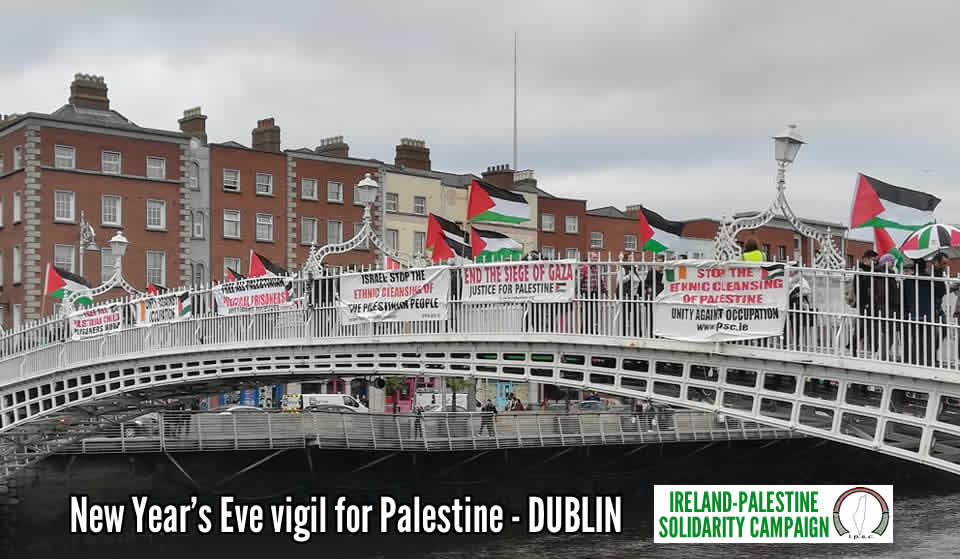 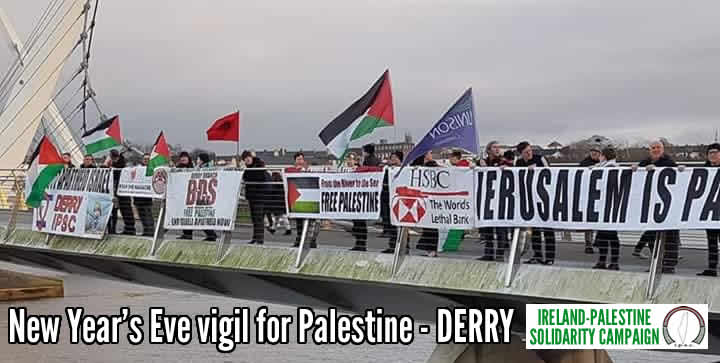 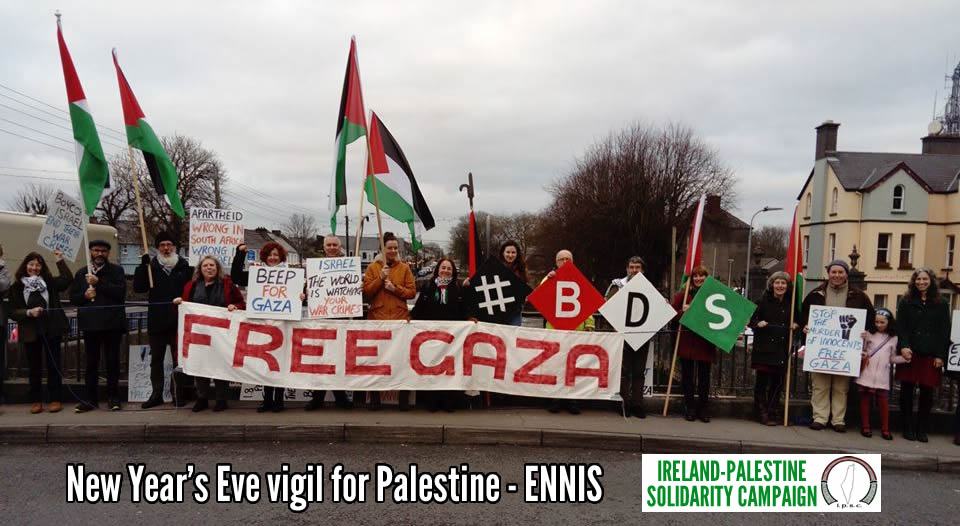 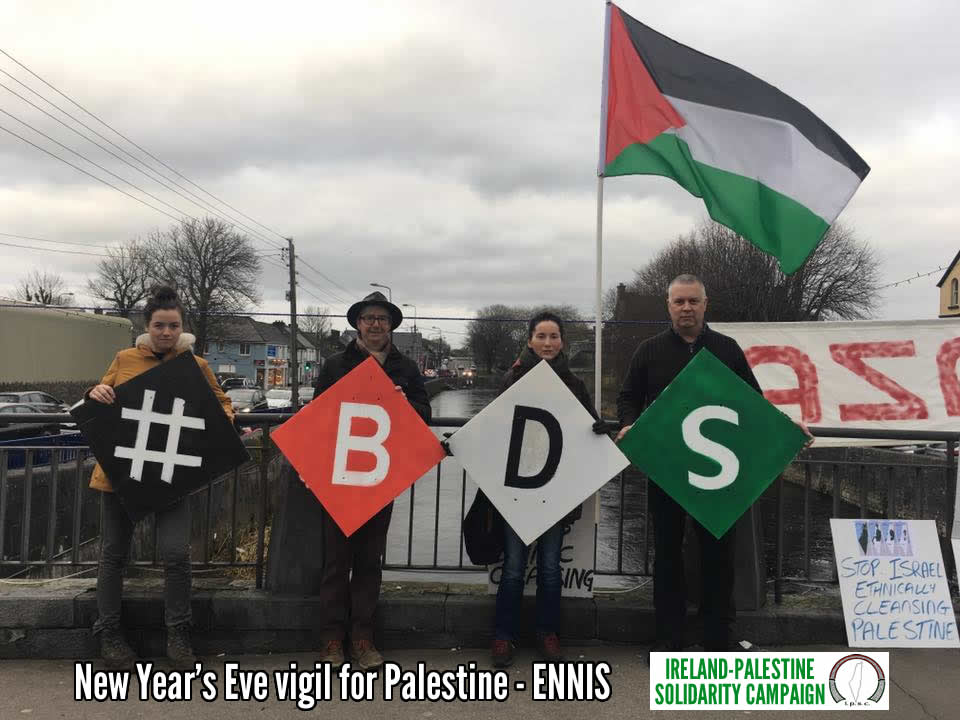 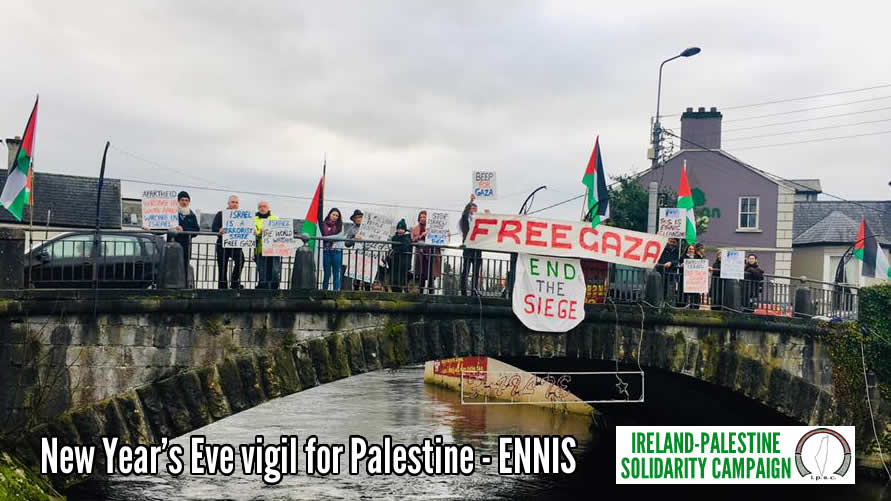 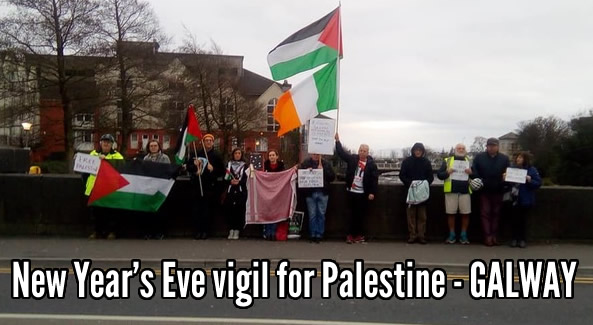 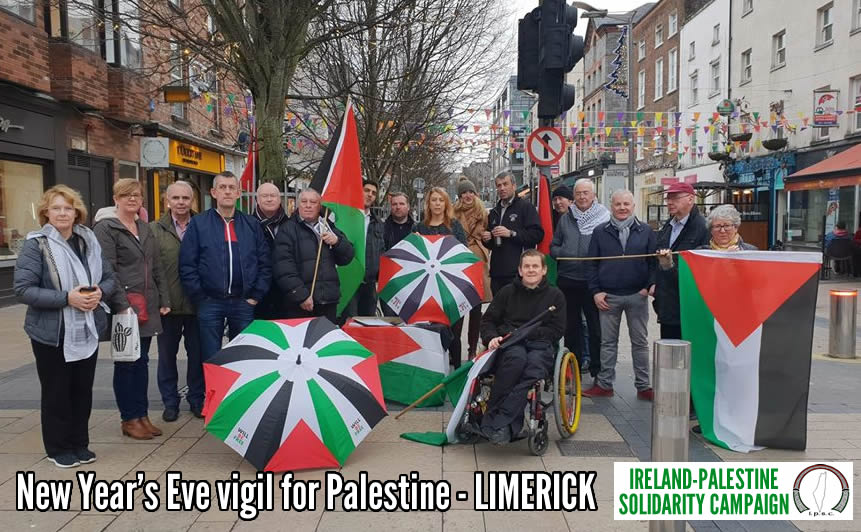 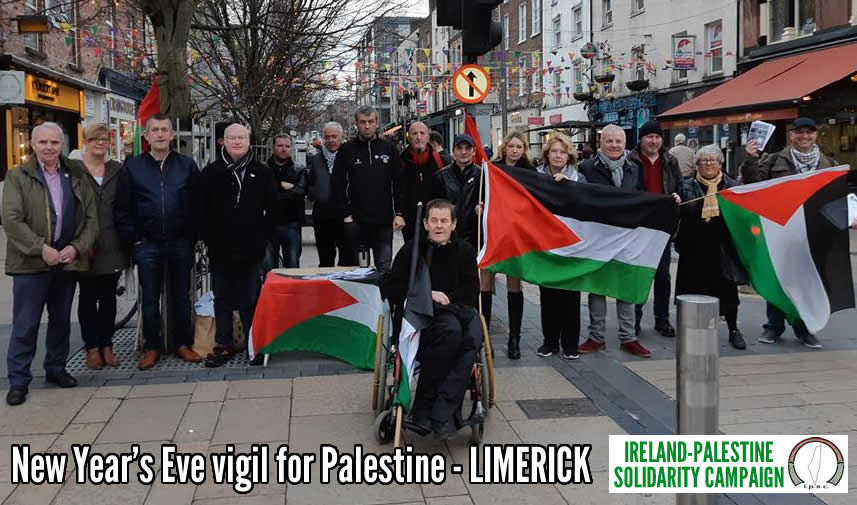 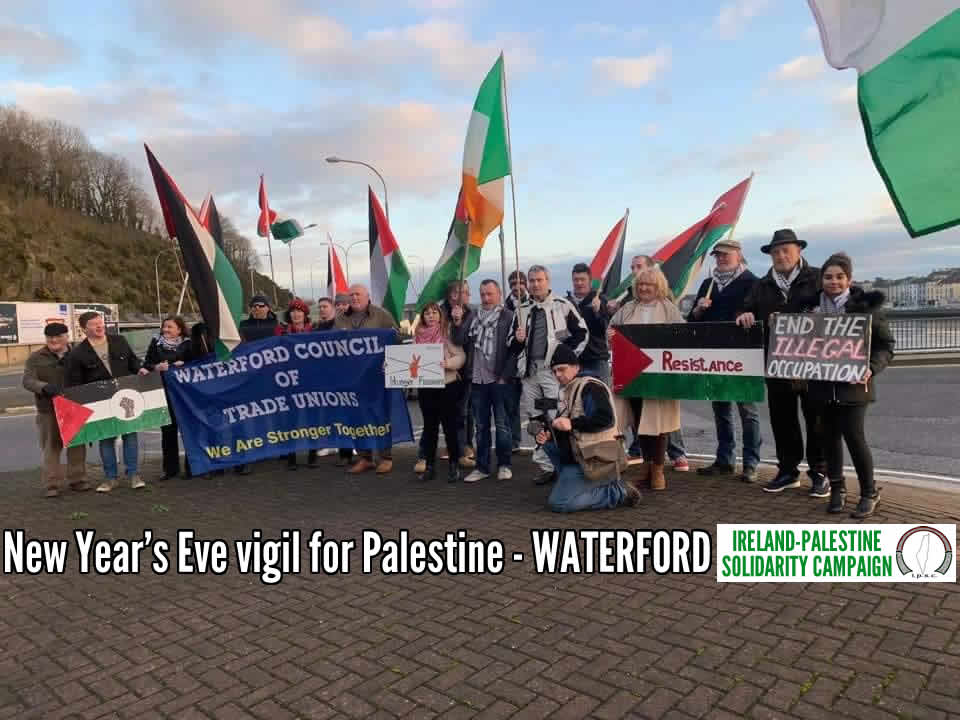