There were tears and joy as, her spirit unbroken, young Palestinian hero Ahed Tamimi was this morning released from eight months in the Israeli occupation’s prisons, finally reunited with her family and her people. Her mother Nariman was released alongside her, where they were greeted rapturously by supporters.

Ahed was jailed for the ‘crime’ of slapping an Israeli occupation solider that had invaded her village. An occupation soldier who shot a wounded Palestinian man dead on camera received a sentence of just 9 months. This is how the apartheid injustice system works – one law for the colonisers, another for the colonised.

Aside from her treatment by the military, the courts and the prison system, Ahed was the subject of vile verbal abuse with calls for unspeakable things to be done to her from highest echelons of Israel’s political and journalistic realms right down to depraved online abuse. A Deputy speaker of the Israeli parliament said Ahed “should have gotten a bullet”, while a respected Israeli journalist said soldiers should “exact a price at some other opportunity, in the dark, without witnesses and cameras”.

All this hatred directed towards a teenager shows just how fragile Zionism really is – despite its armies, whether they are armed soldiers, spies, diplomats, hasbara keyboard warriors or lobbyists, a young woman slapping a solider can expose the whole rotten racist state for the all world to see.

Lest anyone question the light young Ahed has shone on the darkness of Israeli Apartheid, her name trending worldwide on Twitter in both English and Arabic this morning. As Irish hunger-striker Terence MacSwiney, who died in a British prison in 1920 while protesting colonialism in Ireland said, “It is not those who can inflict the most, but those that can suffer the most who will prevail.”

Welcome home Ahed! We know you will not be the last Palestinian child prisoner abused by Apartheid Israel. We know that Palestine remains one giant colonial prison for its people. We will continue to support your people’s struggle for freedom, justice, equality, return and a true peace. 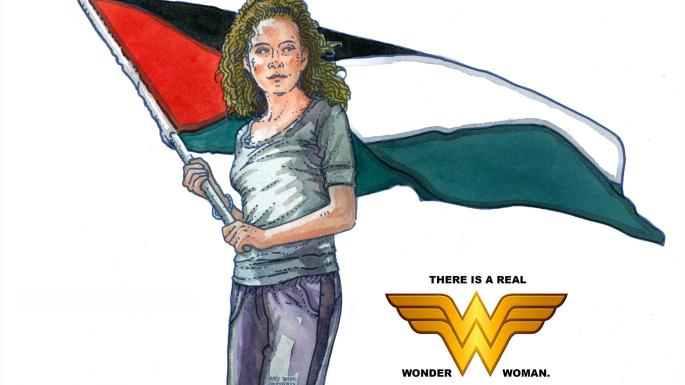 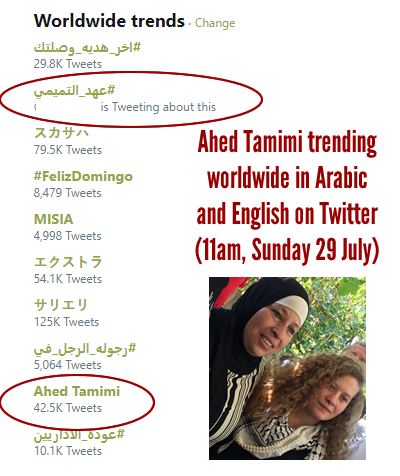