Watch: International Day of Solidarity With the Palestinian People 2020

Today, 29th November, is International Day of Solidarity with the Palestinian People. The United Nations chose this day to mark the shameful day in 1947 when the UN voted to partition Palestine against the wishes of the indigenous people. 73 years on, the Palestinians continue to suffer the disastrous consequences of that imperial decision to allow the colonisation of Palestine. Also, on this day 19 years ago, the Ireland-Palestine Solidarity Campaign was formed to stand in solidarity with Palestinian people. Our team of volunteers have worked tirelessly throughout these years for Palestinian rights. To mark this occasion we have produced … Continue reading →

In the third of our Palestinian Stories short video series, we hear from Aziz, a young Palestinian from Gaza who now lives in Ireland. Aziz speaks of how he was excited to come to Ireland and how he has adapted to his new life here – and talks of the enjoyment he feels when sharing Palestinian culture through music and dance with Irish people. Palestinian Stories is a new series of short videos featuring the voices and stories of Palestinians living in places from Bethlehem to Beirut to Blanchardstown. SUBSCRIBE TO OUR YOUTUBE CHANNEL FOR MORE VIDEOS LIKE THIS.

Watch: Palestinian Stories #2: The Lajee Kids from the Refugee Camp 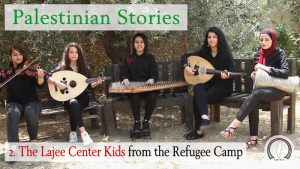 In the second of our Palestinian Stories short video series, we hear from the kids of the Lajee Center in Aida refugee camp in Bethlehem. They were due to tour Ireland in September to showcase Palestinian culture, but it had to be cancelled due to the COVID19 crisis. But fear not, Nasir, Batul, Razan and Raghd, who want to let you all know that they’ll be here next year to say ‘marhaba’! Palestinian Stories is a new series of short videos featuring the voices and stories of Palestinians living in places from Bethlehem to Beirut to Blanchardstown. SUBSCRIBE TO OUR … Continue reading → 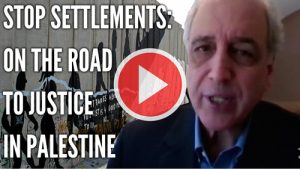 On 15 May 2019, to mark Palestinian ‘Nakba Day’, the Ireland-Palestine Solidarity Campaign asked people to write solidarity messages to Palestinian refugees on a big key. The key is the symbol of the Palestinian refugees’ right of return. In may 2020, the 72nd anniversary of the Nakba, the #KeyToJustice was delivered to our friends In the Lajee Cultural Center in Aida refugee camp, Bethlehem. As Palestinians face a new Nakba with the Trump-Netanyahu annexation plan, from Ireland we send love & solidarity to all Palestinians struggling for their rights to freedom, justice, equality and return!

Fatin Al Tamimi, Chairperson of the Ireland-Palestine Solidarity Campaign (IPSC) spoke at the #StopTrump demonstration in Dublin on 6th June 2019. You can watch the video here, or read the full text below. A contingent of people from the IPSC also took part in the protest march, and there are some pictures of the demo following the speech. Speech by Fatin Al Tamimi, 6th June 2019: In my life I wear many hats – I am a woman, an immigrant, an exile, an Arab, a Muslim, an anti-war and anti-apartheid activist, a mother, and I am a Palestinian. These are some … Continue reading →

On Thursday 10th May 2018, Palestinian human rights defender and co-founder of the Palestinian Boycott, Divestment and Sanctions (BDS) movement appeared before the Oireacthas (Irish Parliament) Committee on Foreign Affairs and Trade, and Defence. Below is the full video of this presentation, plus the question and answer session. A transcript of the meeting is also included. TRANSCRIPT – original link Brendan Smith (Cavan-Monaghan, Fianna Fail) In part B of today’s meeting, we meet Mr. Omar Barghouti to discuss the current situation in Palestine and the growing non-violent civil society movement that opposes Israel’s occupation. Mr. Barghouti is welcome. Before beginning, … Continue reading →