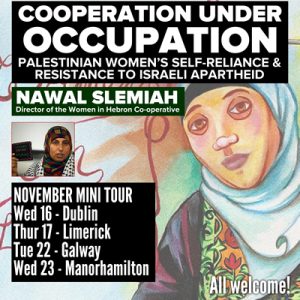 In Pictures: Nakba 68 Protest in Dublin

On Saturday 14th May 2016 the IPSC held a march and ‘Moving Gallery’ to commemorate the Palestinian Nakba. Gathering at St. Stephen’s Green a large crowd marched down Grafton Street, around College Green over O’Connell Bridge and ended near the Jim Larkin statue outside the GPO on O’Connell Street. Protestors carried large photographs from Al Nakba, Palestinian and black mourning flags, and a giant key symbolising the Palestinian right of return to their homeland denied them by the State of Israel for 68 years. You can read the leaflet we handed out by clicking here (PDF). The event commemorated what … Continue reading → 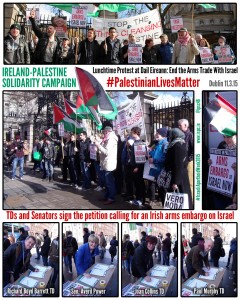