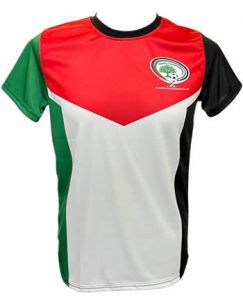 Open Letter to UEFA: “Do not reward Israel for its violent repression of Palestinian rights”

The following letter was published in the Irish Times on Monday 7th November, 2011. Sir, – Those who lead European football must respond to an appeal from Palestinians dismayed at the prospect of Israel hosting Uefa’s under-21 tournament in 2013. A state that uses military might to hold sway over land it illegally occupies and exploits, flouts international law and ignores UN resolutions surely forfeits the right to be treated as a member of the community of nations. But western powers continue to embrace Israel as an ally. During the 2011 under-21 tournament in Denmark in June, 42 Gazan football … Continue reading →

The Ireland Palestine Solidarity Campaign (IPSC)  today issued a call to heed Palestinian civil society and ‘kick apartheid out of women’s football’. Supporters of Palestine will be organizing a protest at the Irish women’s soccer team European Cup qualifying match with Israel on Saturday, October 22 at Tallaght Stadium. The match kicks off at 3pm and the protest will start at 2 pm outside the stadium. Banners reading, ‘Love Football, Hate Apartheid’, ‘Boycott Israeli Apartheid’ and ‘Unity against Occupation’ will be displayed. The protest will be a peaceful act of solidarity with the people of Palestine. While the Israeli team can travel and … Continue reading →