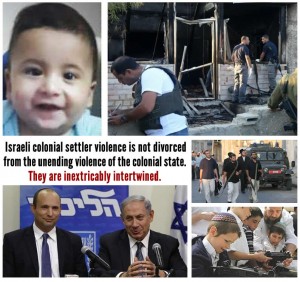 Judging by the reactions of everyone from Benjamin Nethanyahu (responsible for the deaths of over 550 kids in Gaza last year) to Ayelet Shaked (who called called Palestinian kids “little snakes”) to the US State Department (you know, the state that sponsors the murder of Palestinians) to the EU (which continues to be Israel’s number one trading partner) one would swear the the horrific burning to death of Palestinian toddler Ali Saad Dawabsh and the severe maiming of his family by illegal Israeli settler colonialists was an isolated and unpredictable incident, a bizarre aberration from some peaceful norm. If actual … Continue reading →

Members and supporters of the Ireland-Palestine Solidarity campaign brought the Boycott Israeli Goods message to shoppers and shops in Dublin on 7th March 2015 by visiting several city centre outlets that stock Israeli goods, making consumers aware of their presence, the connection between these products and the occupation of Palestine and asking people to boycott them. As part of the day, outside each store the activists staged street theatre informing peopleabout the vast destruction of Palestinian olive trees under Israel’s apartheid occupation regime. Did you know that since the beginning of Israel’s military conquest of the West Bank and Gaza … Continue reading →

7 Things You May Have Missed This Week In Palestine

Irish media continues to frequently ignore important stories emerging from Palestine-Israel, stories that are vital to context setting and framing during those times when the issue actually does hit international headlines. By ignoring such stories, which expose the true nature of Palestinian life under military occupation and apartheid, the media can only be considered to be complicit via their silence. Therefore the IPSC will be presenting a new weekly round up of the most important stories that you may have missed if your only source of information is the Irish mainstream media. 1. Amnesty International released its Annual Report 2014/15 … Continue reading →

The IPSC deplores the brutal murder of the three young Israeli citizens whose remains were found on Monday near Hebron and the apparent ‘revenge’ murder of a Palestinian teenager reportedly carried out by Israeli extremists early Wednesday. Equally the IPSC deplores the deaths of all civilians killed in this conflict of unequals, including the six civilians killed by Israeli occupation forces since the Israeli teenagers were kidnapped. The IPSC is concerned that the unjustifiable killings of the three Israelis will be used to justify further killings, destruction and illegal settlement building in the occupied Palestinian territories (OPT) by the Israeli … Continue reading → 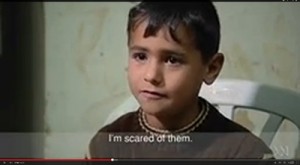 On February 10th the longest running current affairs program in the world, ABC Australia’s ‘Four Corners’ ran a 45 minute piece on the maltreatment of Palestinian children by the Israeli occupation forces. This video is shocking, horrifying and contains images that may disturb viewers. Nevertheless, it is essential viewing. This is not how a normal state acts, and by refusing to sanction this rogues state for its abuses, Western governments become complicit in these crimes against children.

In the past three days, two Israeli soldiers have been killed by Palestinians in the Israeli-occupied West Bank. These attacks have generated countless headlines, both in Israel and internationally. Alas, the same cannot be said for the 7 Palestinians killed by Israeli forces in the weeks since the Palestinian-Israeli ‘peace talks’ reopened at the end of July last (or indeed, the 11 other Palestinians already killed this year). Of course, in the Israeli press and polity, the killings have led to denunciations of Palestinians as not being ‘serious’ about peace. Ignore for a moment the fact that the killings were … Continue reading → 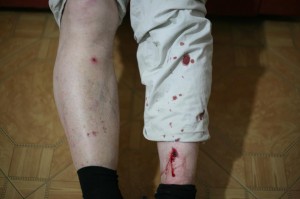 This evening, Friday 3rd May, Irish cameraman Tommy Donnellan was shot in the back, leg and arm by the Israeli military while filming a protest in the Palestinian village of Silwad in the occupied West Bank. Mr. Donnellan, who is from near Ballinasloe in Galway travelled to the West Bank in February. Today he sustained three wounds from a rubber-coated steel bullets which punctured his left leg, and bruised his back and upper right arm. This is the third time Mr. Donnellan has been injured by the Israeli military in as many months. On 19th March, he sustained a wound … Continue reading → 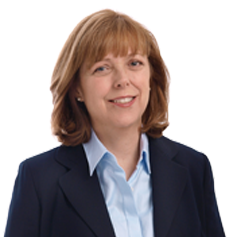