Dublin City Council votes to support Palestinian Boycott, Divestment and Sanctions (BDS) movement aimed at pressuring Israel to end occupation and obey international law DCC commits to discontinue contracts with HP and DXC, and calls for expulsion of Israeli Ambassador Press Release, Ireland-Palestine Solidarity Campaign, Monday 9th April 2018 UPDATE 2: Israel has reacted to the news of Dublin City Council’s vote by banning the Lord Mayor of Dublin Mícheál Mac Donncha from entry into Palestine and Israel, though due to an embarrassing clerical error by Apartheid Israel’s officials, the Mayor was indeed able to travel to Palestine this week. … Continue reading →

The visit to Clare last week of Israeli ambassador to Ireland Ze’ev Boker and Mrs. Amira Arnon, Director of the Northern European Department in Israel’s Ministry of Foreign Affairs has been condemned by the Ireland-Palestine Solidarity Campaign (IPSC). The Clare branch of the IPSC described the visit as “a soft-focus PR opportunity in which official representatives of the dangerous and highly repressive apartheid state of Israel were portrayed as harmless tourists. Clare County Council has said that the visit was merely a ‘courtesy call’ – we believe there should be no such local courtesy extended to representatives of the Apartheid … Continue reading → 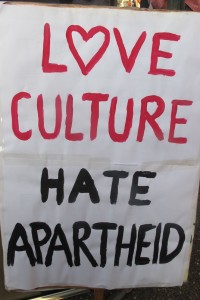 Watch: Speeches from the National Demonstration for Freedom and Justice in Palestine 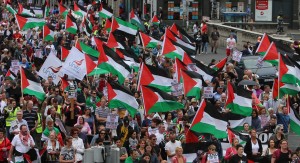 On Saturday 9th August 2014, over 10,000 people march from the Spire in Dublin to the Israeli Embassy in an incredible show of opposition to the Israeli attacks on Gaza and in solidarity with the Palestinian people. Their message was simple, “it’s time for freedom and justice for Palestine”. When the huge crowd reached its destination, they were address by several speakers. The videos of most of these speeches are below. Freda Hughes, Ireland-Palestine Solidarity Campaign spokesperson Martin O’Quigley, Ireland-Palestine Solidarity Campaign chairperson Dr. Yaser Alashqar, Palestinian educationalist from Gaza Trevor Hogan, former Irish rugby international and member of Gaza … Continue reading → 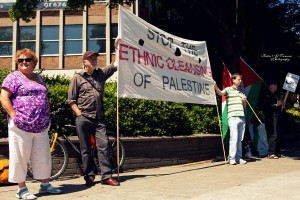 Emergency Protests for Gaza in Ireland 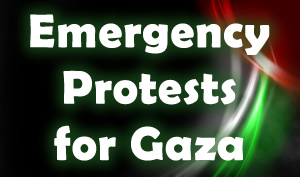 In an exposé by Israel’s Channel 10 News, it has been revealed that Israel’s Deputy Ambassador to Ireland, Nurit Tinari-Modai, advocates a campaign of intimidation, smears and falsification against Israeli human rights activists who campaign in solidarity with Palestinians, and suggests that “sexual identity problems” lie behind such activism. Ms. Tinari-Modai, who is also the Culture Officer of the Israeli Embassy in Ireland and wife of the current Ambassador Boaz Modai, made the proposals in a diplomatic communiqué sent to the Israeli Foreign Ministry. According to the Channel 10 report, translated into English by Dena Shunra, Ms. Modai advocates working … Continue reading →