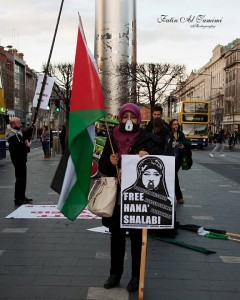 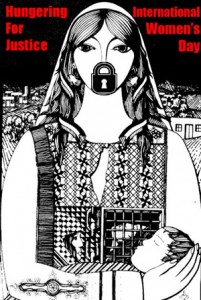 Ireland Palestine Solidarity Campaign, International Women’s Day Statement, Thursday 8th March 2012 To mark International Women’s Day 2012, the Ireland-Palestine Solidarity Campaign wishes to highlight the case of Palestinian political prisoner and hunger striker Hana’ Shalabi. 29-year-old Hana’ has been on hunger strike for 22 days. She is protesting against her internment without trial, and brutal and degrading treatment at the hands of the Israeli state. After two weeks on hunger strike, decomposition of muscle tissue (including the heart muscle) commences, leaving the faster in a vulnerable position. Who is Hana’ Shalabi? Prior to her current imprisonment, Hana had been detained by Israel for a two year period … Continue reading →