Help the IPSC raise money by volunteering at gigs and festivals this summer! 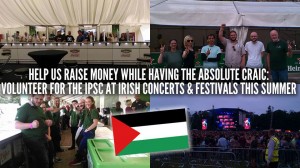 How would you like to help the Ireland Palestine Solidarity Campaign raise money for our work and also have a great time working behind the bars at festivals and some of the biggest gigs of the summer including The Cure, Noel Gallagher, Lana Del Ray and Longitude? This is how it works: the Workers Beer Company (WBC) is a not-for- profit organisation that runs bars at festivals. The WBC bars are staffed by volunteers from social justice movements. The money that the WBC would have paid in wages is then donated to the good cause that the volunteer is supporting … Continue reading → 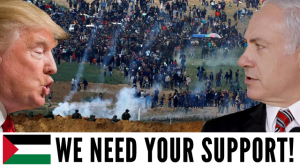 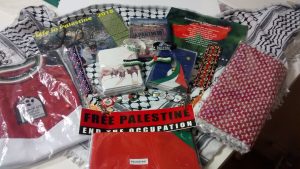 Christmas is fast approaching and what better way to celebrate the holiday season than buying gifts for your loved ones and at the same time supporting the Ireland-Palestine Solidarity Campaign as we campaign for justice in Palestine. Our online store has a whole range of gift ideas, from our ever popular Christmas cards and calendars, to football shirts and flags, to badges and bracelets, and of course books and DVDs. Stocks are always limited, so be sure to order early. You can pay via PayPal (even if you don’t have a PayPal account, you can still use a credit card) … Continue reading →

Dear friends, After fifty years of the occupation of the West Bank and Gaza, the situation for the Palestinian people has never been as bad. At least 60 Palestinians have been killed by Israeli occupation forces since the start of this year, many of them extra-judicially executed or shot during protests. Thousands have been injured. Hundreds of Palestinians, including children, have been imprisoned and likely tortured. Military raids on Palestinian communities occur every day and night, as do attacks by illegal Israeli settlers. People in Gaza are facing into another winter under Israel’s cruel and illegal siege living, while fishermen … Continue reading → 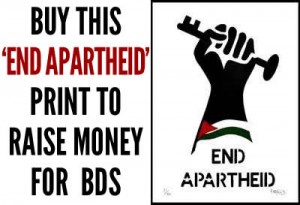 This limited edited print, “End Apartheid”, has been designed by celebrated Belfast-based artist Paul Walls, with just 100 copies available. The print has been produced by Paul to raise funds for the Boycott, Divestment and Sanctions (BDS) Movement which is a non-violent, Palestinian-led campaign for freedom, justice and equality for the Palestinian people. BDS is based on the South African anti-apartheid movement and enjoys support by churches, civil society groups, trade unions and community organisations across the world. All of the proceeds from the sale of the print will be donated to the BDS movement. By buying the print you … Continue reading →

Help the IPSC raise money by volunteering at gigs and festivals this summer!

How would you like to help the Ireland Palestine Solidarity Campaign raise money and also have a great time working behind the bars at festivals and gigs this summer? This is how it works: the Workers Beer Company (WBC) is a not-for- profit organisation that runs bars at festivals. The WBC bars are staffed by volunteers from social justice movements. The money that the WBC would have paid in wages is then donated to the good cause that the volunteer is supporting. If you are over eighteen and want to help, email the following address for the application form: ipscgigvolunteers@gmail.com … Continue reading → 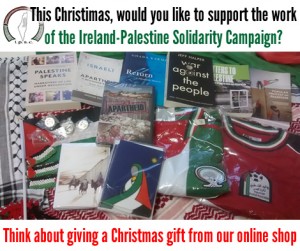 Would you like to support the work of the Ireland-Palestine Solidarity Campaign this Christmas? Then please think about buying some of your Christmas gifts from our online shop – from football jerseys to scarves and bracelets, to DVDs, great books and even Christmas cards, it’s all here. And remember the IPSC is a non-profit organisation, so any money made on sales goes back into funding our campaigns for freedom, justice and equality for the Palestinian people. Thanks so much and have a great holiday season! Please click here to go to the online shop 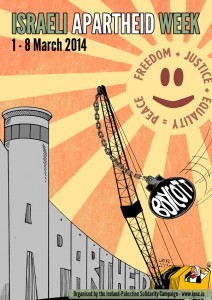 Israeli Apartheid Week 2014 1st – 8th March Celebrating 10 years! Israeli Apartheid Week is an annual international series of events (including rallies, lectures, performances, films, multimedia displays and protest actions) held in cities and campuses across the globe. Last year was incredibly successful with over 215 cities taking part. IAW aims to raise awareness about Israel’s apartheid policies towards the Palestinians and to build support for the growing campaign of Boycott, Divestment, and Sanctions (BDS) against Israel. Once again the Ireland Palestine Solidarity Campaign is proud to be hosting a series of events in Ireland. IAW 2014 takes place … Continue reading → 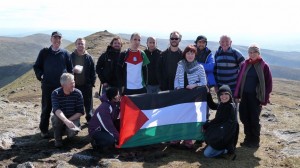 On a very sunny day, Sunday 15th of April, a sponsored hill walk took place in the Galtee Mountains in order to raise funds for the Cork Branch of the Ireland Palestine Solidarity Campaign (IPSC) in order to hold events to raise awareness of the illegal occupation of Palestine and highlight the ongoing struggles Palestinians face. Over €1000 was collected thanks to this cool operation. Over thirty people attended the walk alongside our two guides from Cork Rebel Hill Walking Group. Big thanks to James and Woz for getting safely up the mountain. People from Poland, Spain, Italy, Palestine, France, … Continue reading →