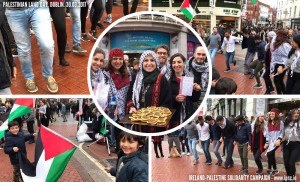 Celebrating 13 years! Israeli Apartheid Week is an annual international series of events (including rallies, lectures, performances, films, multimedia displays and protest actions) held in cities and campuses across the globe. Each year, Israeli Apartheid Week takes place across more than 150 universities and cities. It aims to raise awareness about Israel’s ongoing settler-colonial project and apartheid policies over the Palestinian people. IAW aims to raise awareness about Israel’s apartheid policies towards the Palestinians and to build support for the growing campaign of Boycott, Divestment, and Sanctions (BDS) against Israel. Please join us in making the the 13th Israeli Apartheid … Continue reading →

A new series of talks on Palestine organised by Kildare IPSC

The Kildare branch of the Ireland-Palestine Solidarity Campaign (IPSC) are delighted to announce a series of talks on Palestine and the Israeli occupation will take place in Naas over the next two months. The talks will take place on Monday evenings in the Town House Hotel at 8pm. The talks are free of charge though contributions will be gratefully accepted on the night. We’ve managed to put together a great line up of speakers who are all experts on the Palestinian situation. Below is the list of events, dates, and short bios of the speakers. We look forward to seeing you … Continue reading → 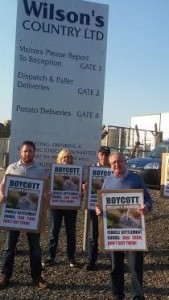