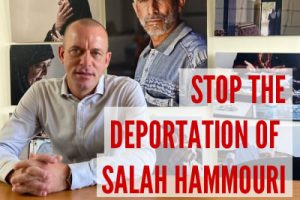 It seems increasingly likely that Fianna Fail and Fine Gael will form a coalition government together very soon. We believe that it is important that even in the midst of the Covid-19 pandemic and the incredible strain and, sadly, increasing tragedy, that has been placed upon people in Ireland as a result, that we do not forget about our sisters and brothers in Palestine. We are asking our supporters to write to Taoiseach Leo Varadkar, Tánaiste and Minister for Foreign Affairs Simon Coveney, Fianna Fail leader Micheál Martin, Fianna Fail foreign affairs spokesperson Seán Haughey, and to your local Fianna … Continue reading →

On April 15th Fianna Fail and Fine Gael published a ‘framework document’ for the formation of the next government. Unfortunately this document does not contain any commitment to passing the Occupied Territories Bill that would ban trade with Israel’s illegal settlements in Palestine. However it is important to note that, as Fianna Gael Chairman Martin Hayden said, “this is not a program for government, but starting point to facilitate negotiations with smaller parties and independents in order to develop a government.” Furthermore, Fianna Fáil TDs have indicated to us that they would like to see the Occupied Territories Bill form … Continue reading →