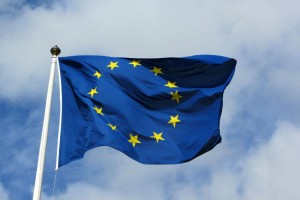 Yesterday the European Parliament showed how empty the EU’s words of condemnation against Israel’s imminent annexation of parts of the occupied Palestinian West Bank are by voting to give consent to the ratification of the EU-Israel Aviation Agreement. While the EU ostensibly opposes Israel’s annexation of Palestinian land, with Foreign Policy Chief Josep Borrell saying that such a step “cannot pass unchallenged”, it has continued to lavish Israel with gifts. Last night’s vote is only the latest in a series of enticements from the EU to Israel, which have fuelled decades of impunity and human rights abuses against Palestinians. On … Continue reading →

Last week, one of the most prominent legal journals in the world, The European Journal of International Law, published an article on its website affirming that the European Union and its member states have a legal obligation to stop all trade with illegal Israeli settlements built on stolen Palestinian land. This indicates that opposition to trade with Israeli settlements is growing and becoming increasingly mainstream. As the EJIL article explains, Israel’s ongoing construction of illegal settlements on Palestinian land violates cardinal rules of international law like prohibit seizing of territory by force, forbid apartheid and population transfer as well as … Continue reading →

Over 250 European – including 22 Irish – organisations, faith groups, political parties and trade unions today issued a statement demanding justice and accountability from the EU and European states, as 2017 marks: 100 years since the Balfour Declaration, in which the British government unilaterally promised the establishment of a Jewish national home in Palestine 70 years since the 1947 UN Partition Plan, in which Jewish settlers were granted 55% of Palestine while owning a mere 6% of the land, in breach of the Palestinian right to self-determination, triggering in the 1947-9 Nakba – the expulsion of over 750,000 indigenous … Continue reading → 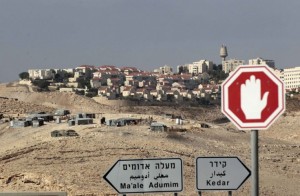 Several dozen prominent legal experts from across the world, including three from Ireland, have written to the EU and its Member States alerting them to comply with their fundamental legal obligations resulting from the duty of non-recognition and non-assistance to the illegal Israeli settlements and their economic activity, and therefore to impose an import ban on settlement products. These legal experts warn that any policy of labelling, however ingrained in EU law, is a wholly inadequate measure as it fails to recognise the obligations of third states under international law. In addition, they request no more than the consistent application by … Continue reading →