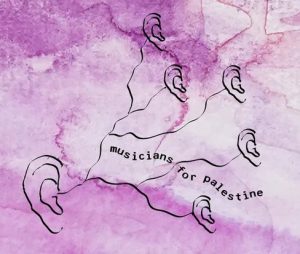 At its monthly meeting this week, Sligo County Council voted to call on RTÉ to boycott this years’ Eurovision Song Contest due to take place in Apartheid Israel. The motion notes that “the Eurovision will be openly used for political and militaristic propaganda purposes” and to whitewash Israel’s “ongoing occupation of Palestinian lands, its continued building of illegal colonial settlements in violation of international law and its human rights abuses and war crimes.” The motion, jointly moved by Cllrs. Declan Bree, Gino O’Boyle and Chris MacManus, was unanimously adopted at its meeting on Monday 1st April 2019. Welcoming the motion, … Continue reading →

On Tuesday 19th February, Betty Purcell of the Irish campaign to Boycott Eurovision 2019 in Apartheid Israel was a guest on the Moncrieff Show, on Newstalk radio. Betty outlined why we took up the call from Palestine to support a boycott, how Israel uses cultural events like the Eurovision to ‘artwash’ its oppression of Palestinians, the support the campaign has enjoyed so far, and future steps for the campaign. Listen here Betty Purcell on the Irish campaign to bocyott Eurovision 2019 in Apartheid Israel’ [Newstalk, 2019-02-19] – (Download here)