The Palestine Podcast showcases a selection of lectures, talks and interviews featuring leading experts and social justice activists active on the Palestine-Israel issue. Brought to you by the Ireland-Palestine Solidarity Campaign. Click here to view all podcasts. ===== PP#21 – Kholoud Ajarma on ‘Inheriting Nakba: Four Generations of Palestinian Refugees’ [2017-05-17] – (Download here) INFO: To commemorate the 69th anniversary of the Nakba, the Ireland-Palestine Solidarity Campaign was honoured to present Palestinian academic and refugee rights activist Kholoud Ajarma, who spoke in the Academy Plaza Hotel in Dublin on Wednesday 17th May 2017. Kholoud’s talk, ‘Inheriting Nakba: four generations of … Continue reading → 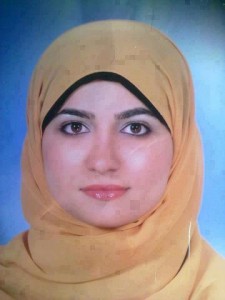 Yesterday, as media outlets focused on the outcome of the elections in Israel, it was business as usual in Israeli-occupied Palestine. Two Palestinians lost their lives at the hands of the Israeli occupation forces, bringing to six the number of young Palestinians killed by Israeli forces in the past fortnight alone. These deaths have gone largely unreported in the Irish media and Israeli aggression continues apace. The Israeli government and its military continue to kill, maim and destroy lives and livelihoods with impunity, unchecked by the international community. Yesterday, 23rd January 2013, Lubna Munir Hanash, a young 22-year-old Palestinian woman … Continue reading →

Recently, the Israeli Embassy in Ireland posted a “thought for Christmas” its Facebook page to the effect that if Jesus Christ and his mother Mary alive today, they would be “lynched in Bethlehem by hostile Palestinians.” As Christians all over the world prepare to celebrate Christmas, we should also remember what that little town of Bethlehem, where Jesus was born over 2,000 years ago, looks like today. These are distressing times for the Christians of the Holy Land, as revealed by a South African ecumenical delegation who were “traumatized” during an Advent visit to Palestinian Christians in Bethlehem and East … Continue reading →