Action Item: Thank the TUI for passing a motion calling for an academic boycott of Israel! 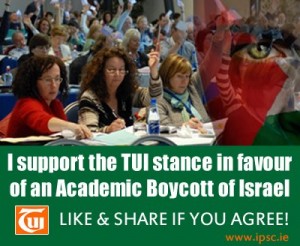 UPDATE 11/04/2013: We know many of you have already taken the time to thank the TUI for their principled stance, but their has been a lot of negative messages from the usual sources too. If you have not done so, please take two minutes to send a short message of support; showing our solidarity with the TUI and the Palestinian people is really of the utmost importance right now. Thank you! At its Annual Congress last week, the Teachers’ Union of Ireland (TUI) became the first academic union in Europe to endorse the Palestinian call for an academic boycott of Israel. … Continue reading →

Palestinian unions representing lecturers, university employees, teachers and writers have praised the Teachers Union of Ireland (TUI) for its endorsement of an academic boycott of Israel. In a letter saluting the TUI, the Palestinians said the clarity of the union’s statement was “unprecedented”. They also highlighted the importance of such solidarity actions, invoking Irish support for those struggling against South African apartheid many years ago. (The full text of the letter is below.) At its annual conference last Thursday, the TUI voted unanimously to support the request for an academic boycott that has been made by a broad coalition of … Continue reading → 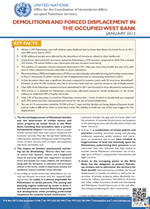