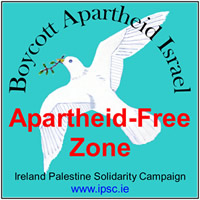 December 2008: The Ireland Palestine Solidarity Campaign is proud to announce the launch of our ‘Apartheid Free Zones’ campaign. This is a a civil society action in support of Palestinian human rights, and one which you as an individual or a collective group can take action. The IPSC is calling on civil society in Ireland to support the call from over 180 Palestinian organisations for an international campaign of Boycott, Divestment and Sanctions (BDS) against Israel similar to that which helped bring an end to apartheid in South Africa.

Society is no longer prepared to wait for political leaders to act with regard to Israel’s violations of Palestinian human and political rights. The promise of human rights tomorrow is not good enough when children are being murdered and people are denied the basic dignity of the right to live in peace and equality in their own land. Israel must be isolated until such time as it dismantles its system of apartheid, respects international law and abides by the norms of civilised behaviour.

Everyone has an important contribution to make. Boycott Israeli goods and declare your own Apartheid-Free Zone by prominently displaying an IPSC window sticker – in your car, in your office, in your home, and if you own a retail business, in your shop. Ask business owners in your locality not to stock products from apartheid Israel and to display a window sticker. Stickers can be ordered from the IPSC Online Store. Including post and packaging stickers cost €5 for 1, 4 for €10, or 10 for €25. Please do not hesitate to contact the IPSC for help in establishing an Apartheid-Free Zone in your locality.

Encourage friends and neighbours to do likewise. Form a working group to have your street, village, town or county declared an Apartheid-Free Zone.

In Ireland the Israeli products which consumers can most easily identify and boycott are: citrus fruits and vegetables (potatoes and herbs); Keter garden sheds and storage boxes, Stanley tool boxes in Atlantic Homecare, Woodies DIY and other hardware shops; Dead Sea cosmetics – promoted and sold in Debenhams, and other department stores countywide; diamonds – Israel is the world’s largest producer of cut and polished gem stones. Demand Israel-free diamonds, crafted in countries which respect human rights.

Something is terribly wrong in Palestine

Over 180 organisations representative of a broad spectrum of Palestinian society have called upon the international community to enforce a system boycott, divestment and sanctions against Israel, similar to that which helped bring about an end to the apartheid regime in South Africa.

Leading human rights activists Nelson Mandela, Arch Bishop Desmond Tutu, President Jimmy Carter and many more have described the situation in Israel and Palestine as similar to or worse than that which existed in apartheid-era South Africa.

Earlier this year the Irish Congress of Trade Unions issued a report of a senior union delegation visit to Israel and Palestine which recommends support and promotion for a “boycott campaign of Israeli goods and services and a policy of disinvestment from Israeli companies.”

On the 24th November 2008 the President of the UN General Assembly, Father Miguel D’escoto Brockmann described Israeli policies in the Occupied Palestinian Territories as similar to those of the defunct apartheid regime in South Africa. He urged the United Nations to use the term ‘apartheid’ without fear, and recommended that the United Nations “….should consider following the lead of a new generation of civil society, who are calling for a similar non-violent campaign of boycott, divestment, and sanctions to pressure Israel to end its violations.”

In the first nine months of 2008 Israel killed 66 Palestinian children – the equivalent of more than four Dunblane massacres – yet leading Western politicians treat Israel as though it is normal civilised democracy.

In June 2008 EU Foreign Ministers unanimously agreed to upgrade relations with Israel. They did so despite the fact that at that time Israel had already killed 54 Palestinian children and hundreds of innocent Palestinian men and women since the start of 2008 and was imposing a devastating siege on 1.5 million impoverished residents in the Gaza strip.

Our political leaders have failed to hold Israel to account for its crimes against humanity and war crimes. Civil society must take a stand as it has done in the past when international opprobrium forced the political changes necessary to end apartheid in South Africa. 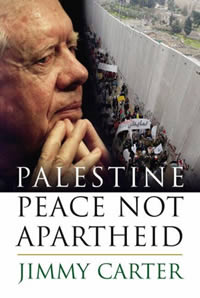 “When Israel does occupy this territory deep within the West Bank, and connects the 200-or-so settlements with each other, with a road, and then prohibits the Palestinians from using that road, or in many cases even crossing the road, this perpetrates even worse instances of apartness, or apartheid, than we witnessed even in South Africa.” 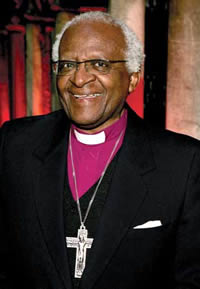 “My visits to the Holy Land remind me so much of South Africa: apartheid is back, complete with the “Separation Wall” and bantustans.”

“Yesterday’s South African township dwellers can tell you about today’s life in the Occupied Territories… More than an emergency is needed to get to a hospital; less than a crime earns a trip to jail.. If apartheid ended, so can the occupation. But the moral force and international pressure will have to be just as determined. The current divestment effort is the first, though certainly not the only, necessary move in that direction.” 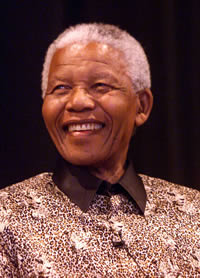 “When in 1977, the United Nations passed the resolution inaugurating the International Day of Solidarity with the Palestinian people, it was asserting the recognition that injustice and gross human rights violations were being perpetrated in Palestine. In the same period, the UN took a strong stand against apartheid; and over the years, an international consensus was built, which helped to bring an end to this iniquitous system. But we know too well that our freedom is incomplete without the freedom of the Palestinians .”

“The so-called ‘Palestinian autonomous areas’ are bantustans. These are restricted entities within the power structure of the Israeli apartheid system.” 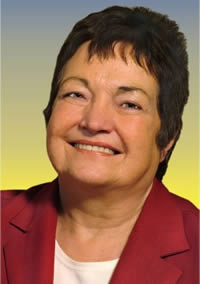 “I have just come back with my colleague Ann Patterson from Palestine. We joined with the nonviolent resistence movement of the Palestinian people and the Israeli activists in order to do a nonviolent protest to ask that international law be upheld and that the apartheid wall [be removed]. And let’s face it, what the Israelis are doing in Palestine is building an apartheid system. And the world remains silent. Did the world remain silent when there was apartheid built in South Africa? No it did not.”