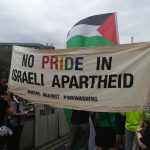 On Saturday 29th June 2019 the Ireland-Palestine Solidarity Campaign (IPSC) participated in the first ‘Pride Alternative’ event in Dublin. The event was established in protest at the increasing corporatisation of the Dublin Pride parade, and the associated pinkwashing of deeply problematic companies and institutions.

IPSC Chairperson Fatin Al Tamimi delivered a speech at the rally about the reasons the IPSC was supporting the event, and about Israel’s cynical use of pinkwashing to mask it’s oppression of the Palestinian people. Below is a video and the text of that speech.

In solidarity with our friends in Queer Action Ireland, who have always invited the Ireland-Palestine Solidarity Campaign to be part of their radical anti-pinkwashing bloc at Pride down the years, we are proud to support today’s Pride Alternative.

Pride should be a protest, not a cynical celebration corporate pinkwashing of human and civil rights abuses.

From the perspective of the Ireland-Palestine Solidarity Campaign, it is very disappointing to see companies that are hostile to Palestinian rights or profit from Israel’s occupation and human rights abuses be part of today’s parade; these are companies like Airbnb, PayPal, AXA, Tesco and Bank of Ireland, and the Israeli website company Wix, which was founded by a former member of a notorious Israeli military unit that spies on and blackmails Palestinians, and in particular targets LGBTQ+ Palestinians.

The Apartheid state of Israel that has oppressed my people for over seven decades uses ‘Pinkwashing’ to distract from and normalize the settler colonial and apartheid regime it has established in Palestine.

This Pinkwashing is meant to cover up Israel’s gross international law and human rights violations with a facade of progressiveness and equality because it treats LGBTQ+ people relatively well.

It’s a strategy which misuses LGBTQ+ struggles as a way of attacking the Palestinian people – using the fight against homophobia and transphobia as a way of oppressing others.

In fact, while Israel’s record on LGBTQ+ rights is far from being all roses, it is deeply sinister when it comes to Palestinians. Israel certainly doesn’t discriminate against Palestinians based on their sexuality when it is raining death and destruction down upon civilians, kicking families out of their homes and off their land, incarcerating thousands of political prisoners, and keeping millions of people in forcible exile.

The Israeli military does, however, do its very best discover and spy on LGBTQ+ Palestinians, with the specific aim of blackmailing and extorting them into becoming informers against their communities. This is a practice that should disgust and horrify anyone who cares about the welfare of LGBTQ+ people, especially those who live in areas where their rights have yet to be fully realised.

I’m not here to try to pretend that LGBTQ+ people aren’t oppressed in Palestine. They are – just as they are in many, many countries all around the world. Palestine is not a perfect place. However, those who truly care about the struggles of LGBTQ+ Palestinians for both queer and national liberation should be supporting indigenous queer organisation like Alqaws, Aswat, and Pinkwatching Israel.

These brave organisations are also the same voices to fore in leading calls for an international boycott of the Apartheid State of Israel. We ask you to support them, to support the Boycott, Divestment and Sanctions movement, and support the struggle of all Palestinian people for true freedom, justice and equality.

Power to the people! 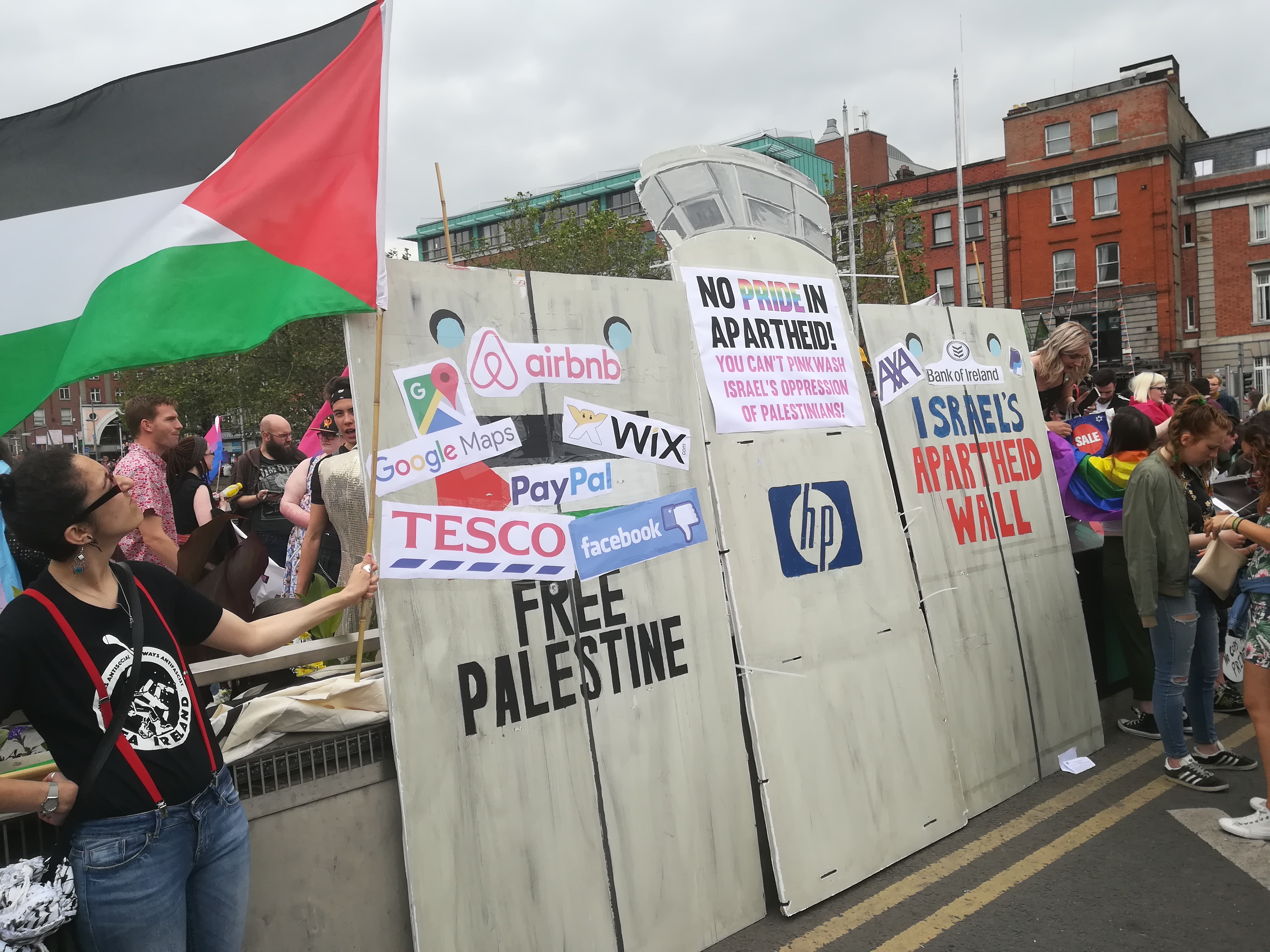 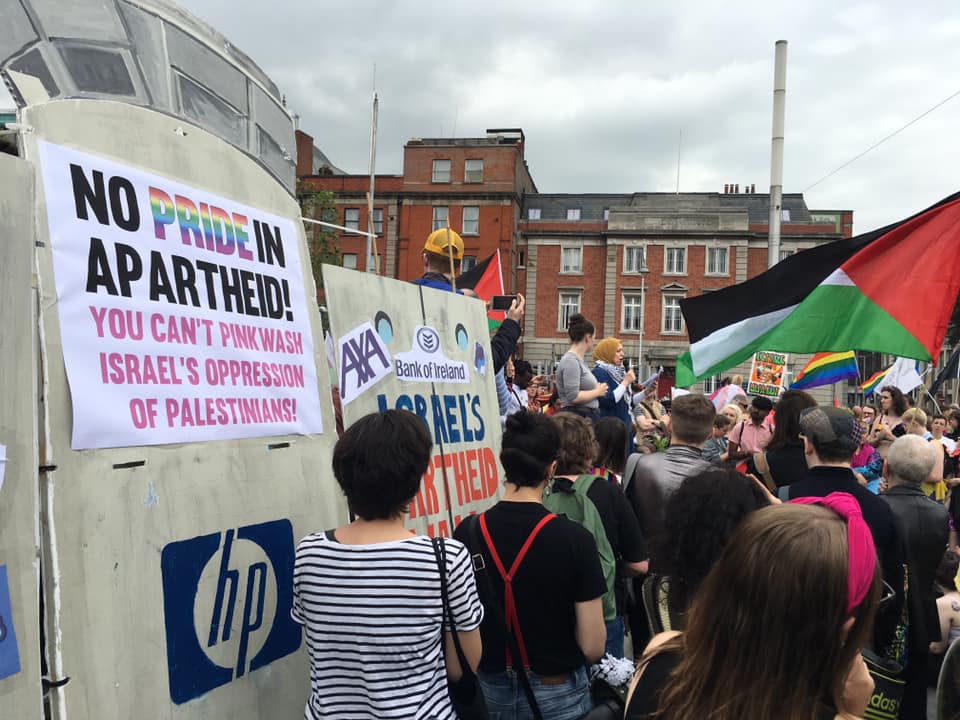