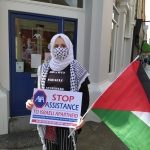 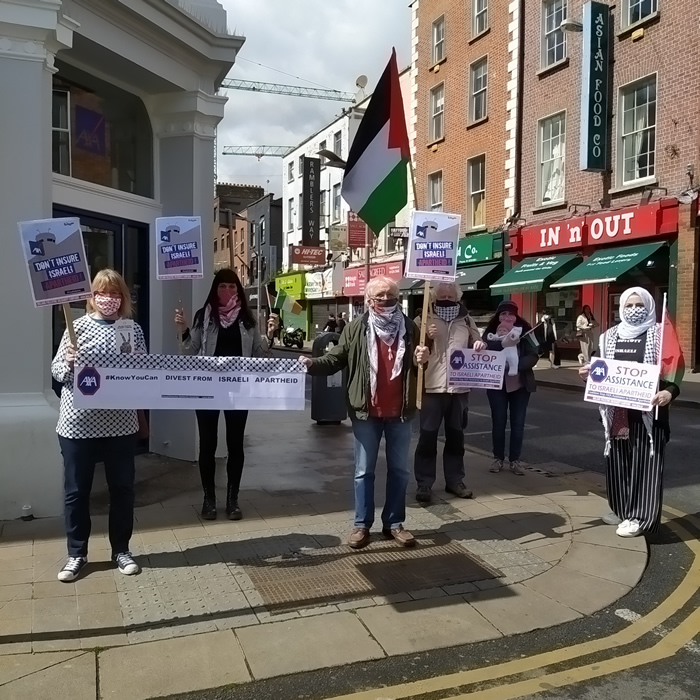 Speaking ahead of AXA’s AGM Mr Lynk emphasized that:

“Both direct and indirect corporate involvement constitute a breach of international human rights”, he continued. 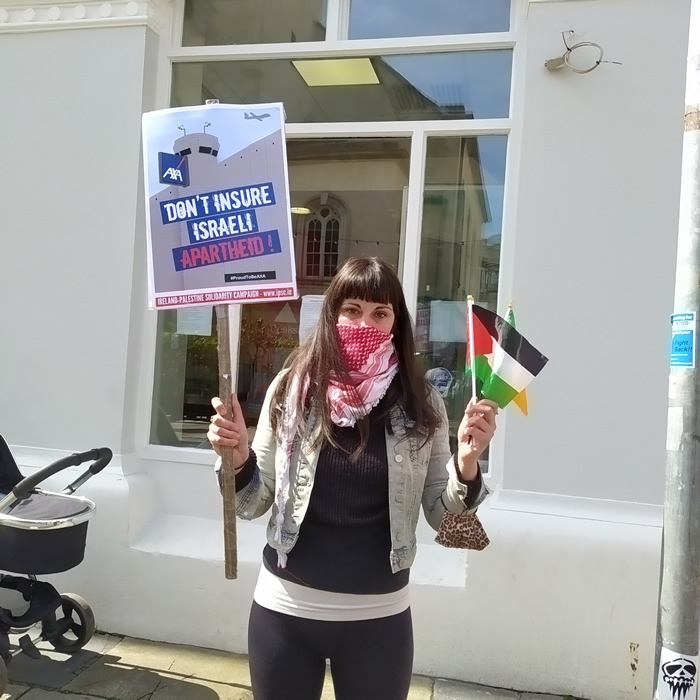 The UN official then outlined the European Union’s view of the current situation in the OPT, calling it a “One state reality of unequal rights, perpetual occupation, and conflict”.

His statement comes just two days after Human Rights Watch released a groundbreaking report confirming that Israel’s regime over the Palestinian people (in present day Israel, the OPT, and the millions of internal and external Palestinian refugees) constitutes a system of apartheid.

Mr Lynk then made a direct call to AXA to fully divest the four Israeli banks financing the illegal Israeli settlements, warning that all of the Israeli banks which AXA has invested in are listed on the UN database of companies involved in the settlement economy.

“For corporates like the French insurance company AXA, this represents a moment of truth. By investing in Israeli banks which finance the illegal Israeli settlements on confiscated Palestinian land, AXA becomes entangled with these gross human rights violations.” 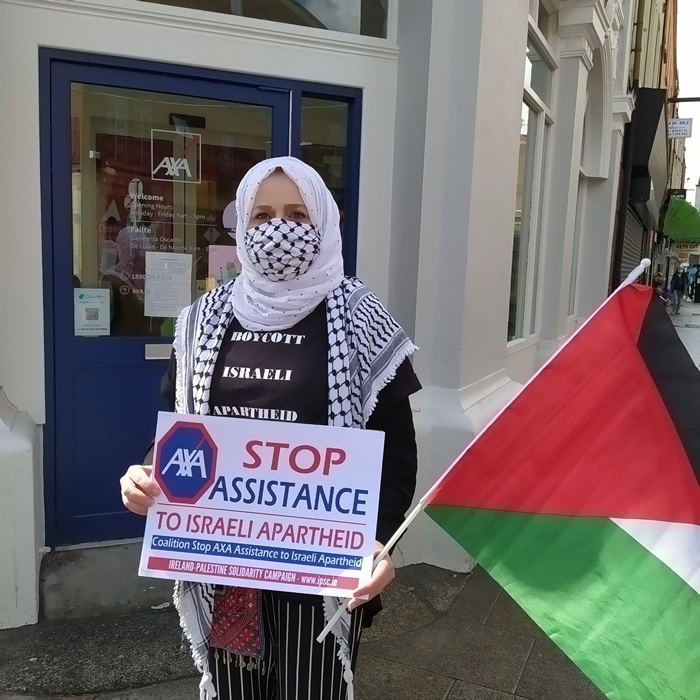 In Dublin, activists from the Ireland-Palestine Solidarity Campaign (IPSC) held a small and socially distanced protest outside AXA’s headquarters using AXA’s slogan #KnowYouCan to say “AXA, you know you can Divest from Israeli Apartheid!”. 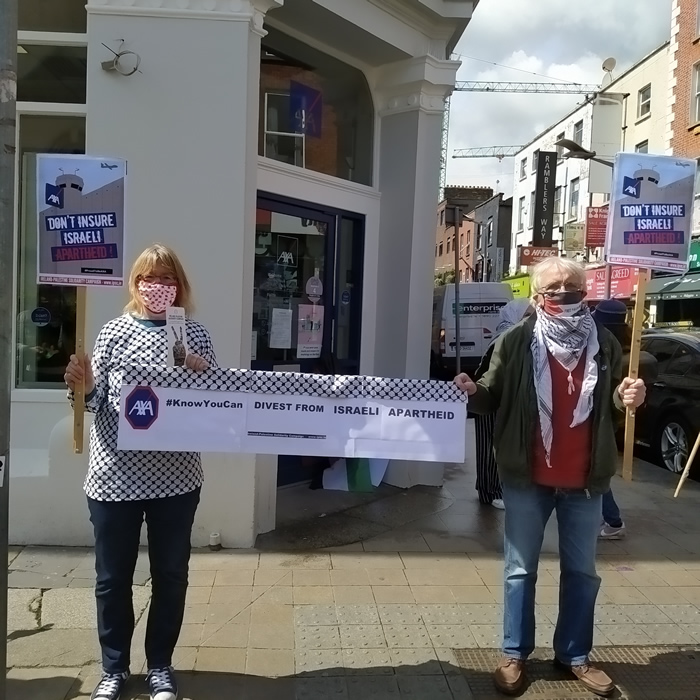 In Brussels and Berlin activists protested in front of AXA’s headquarters, and in Berlin they then cycled through the city with big placards calling for the boycott of AXA.

In Italy campaigners reached out to the majority of AXA offices, warning them about the boycott campaign and highlighting the risks resulting for the French insurance company, if it doesn’t divest soon. Activists also protested outside AXA’s HQ in Milan and in front of offices in Turin, Pisa, Bologna and Trieste.

Since the launch of the boycott call last September, over 12,000 people, including scholar Noam Chomsky, and 270 organisations have signed the pledge to boycott AXA. 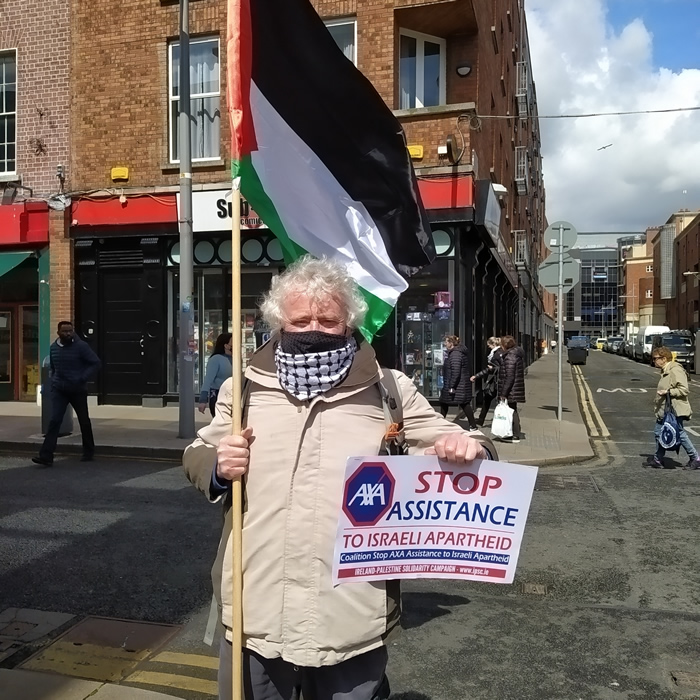 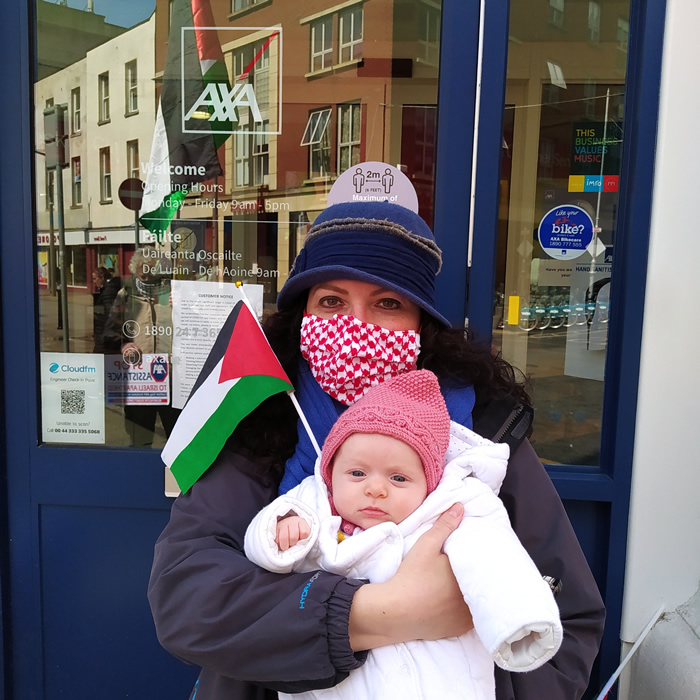