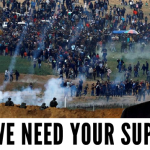 The Trump-Netanyahu axis has been a disaster for the Palestinian people. In an attempt to allow Israel to dictate illegal terms to the Palestinians, the Trump administration has enacted a series of harsh policies, including recognising occupied Jerusalem as the capital of apartheid Israel, threatening the International Criminal Court, and cutting all funding to UNRWA, the agency responsible for providing education and healthcare to millions of Palestinian refugees.

Meanwhile, attempts continue to brutally suppress Palestinian resistance, with almost 400 unarmed protesters shot dead and thousands wounded in Gaza and thousands of prisoners – including hundreds of children – still in Israel’s prisons. In passing the ‘Nation State Law’, Israel has further entrenched its system of apartheid. Anti-Palestinian racism and incitement within Israel are at an all-time high.

Internationally, Israel and its allies are trying to supress international solidarity by trying to outlaw the Boycott, Divestment and Sanctions (BDS) movement. Efforts continue in the US and Europe supress free speech and by labelling criticism of Israel as ‘antisemitic’. Meanwhile, Israel has attempted to ban human rights campaigners from visiting Palestine.

Make no mistake, things are looking bleak for Palestinians. Especially as all of this is occurring with total impunity, in the absence of any meaningful protest from the international community, including our own government here in Ireland.

But Palestinians are not alone. There is a huge international grassroots movement standing, and acting, in solidarity with their struggle for freedom. The IPSC has been in the forefront of this movement here in Ireland for the past 17 years. The effectiveness of our work is proven by the fact that we are one of 20 human rights organisations now officially banned by Israel. Indeed, having had one bank account closed in 2016, the Israeli government has gone after our new bank account in an attempt to stop our work.

We have only been able to play this leading role, and to help build the BDS movement here, due to the kindness and generosity of our supporters.

Our work never stops. Whether it is our work in trying to secure an Irish boycott of the 2019 Eurovision in Israel, in mobilising support for Senator Frances Black’s settlement goods ban, in building Apartheid Free Zones and the movement to boycott Israeli goods, trying to end the Irish arms trade with Israel, or the campaign against Hewlett-Packard for their role in the occupation – we are always busy building solidarity.

But in order to be able to continue our work in support of freedom, justice and equality for the Palestinian people in their heroic struggle against Israeli occupation, apartheid, colonisation and war crimes, we are asking our supporters to consider becoming a regular monthly contributor to the Ireland-Palestine Solidarity Campaign.

The best way to donate regularly is to take out a monthly Bank Standing Order (see here for details on establishing a SO). Even as much as €5 of €10 per month is greatly appreciated!

Many people donate via Monthly Subscription on PayPal (see here for details on setting up a Monthly Sub), and while we of course are immensely grateful for this, it does have certain drawbacks – not least that PayPal take a cut of every transaction, and that contributions automatically cancel when a bank card expires.

Regular donations really allow us to plan our work much better for the year as we know the amount of monthly income we can rely on to fund activities, whether it is street stalls, protests, lobbying work, speaking tours, film screenings or cultural events.

We are lucky. We know the people of Ireland stand with the people of Palestine. We ask you to join with those who already support us in making this solidarity count in meaningful and effective ways.

Yes, things look bleak for Palestinians; but it’s always darkest before the dawn. Our movement continues to grow all over the globe. Together, with your help, we can continue to play our part here in Ireland to ensure Palestinians enjoy their freedom, justice and equality. 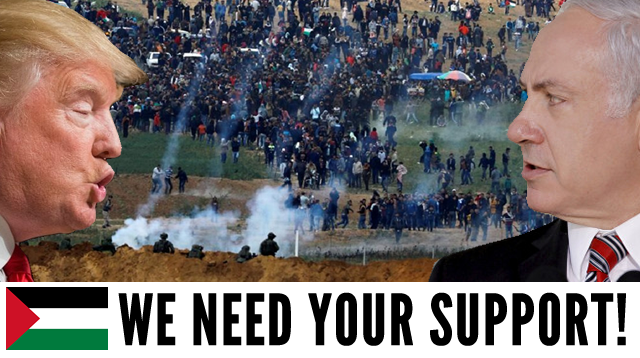