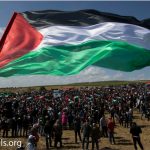 The following letter was sent to the Office of the Taoiseach in December 2018.

On 13th November 2018 Richard Boyd Barrett TD asked Taoiseach Leo Varadkar to condemn Israeli acts of aggression in Gaza. These acts led to the deaths of 14 people – 12 of them at the hands of Israeli forces.  Amongst widespread Israeli bombing, a TV station was destroyed, a university building and  human rights centre damaged.  Clear attacks on civilian infrastructure against the laws of war.

Unfortunately, instead of condemning these acts, the Taoiseach instead insinuated double standards on the part of the questioner and drew a moral equivalence between the aggressive acts of the occupying Israeli state and the acts of the occupied.  He replied:

The Taoiseach’s response fails in several areas and manifests a clear misunderstanding of Ireland’s human rights obligations.  At the most elementary level, the Taoiseach’s statement fails to recognise that Palestine is an occupied territory; not a free sovereign state.  Consequently, his statement confuses where the duty to enforce human rights’ obligations lies.  These obligations rest solely upon sovereign states for the reason that only they can exercise the necessary powers – legislative, judicial and executive – of enforcement.  As the Vienna Declaration asserts: ‘Human rights and fundamental freedoms are the birthright of all human beings; their protection and promotion is the first responsibility of Governments.’[1]

In and over Palestine, only Israel exercises sovereignty.  That this sovereignty is de facto rather than de jure; that it was attained as a result of armed conflict; that it is maintained by a military occupation, does not relieve Israel of its human rights obligations under the International Bill of Rights and the provisions of the Fourth Geneva Convention.  In fact, it places Israel under an even greater burden, for in exercising a sovereignty based on conquest Israel has usurped the Palestinian people’s most fundamental  human right – the right to self-determination – the foremost of all human rights.

That this situation is absurd and unjust is exemplified further when one recognises the obvious truth that Israel’s violation of a whole people’s rights is a voluntary one maintained for the most self-serving and appalling of reasons – the colonisation of the Palestinian people’s land and resources through the illegal settlement of their  territory.  Settlements which UN Security Council reaffirmed in December 2016 ‘have no legal validity and constitute a flagrant violation under international law and a major obstacle to the achievement of the two-State solution and a just, lasting and comprehensive peace.’[2]

Doubly unjust is that this is all so unnecessary.  Israel could end its occupation anytime it likes. It should end it immediately and make restitution to the Palestinian people for the violations committed upon them. That Israel chooses not to should, at the very least, mean that members of the international community hold it to account for the situation it imposes and maintains – as they are in fact duty bound to.[3]  Unfortunately the Taoiseach’s statement fails to do this.

Instead, in drawing an equivalence between rights violations committed by the quasi-governing Palestinian bodies in the occupied West Bank and Gaza, and the state of Israel, the Taoiseach both misplaces who bears legal responsibility for the protection of Palestinian rights and disguises who is the cause of the vast majority of violations endured by Palestinians. In ignoring the occupation, the Taoiseach ignores who exercises sovereignty; he disregards the Palestinian people’s fundamental right to self-determination and he elides Ireland’s international obligations to promote and respect human rights laid out in numerous international treaties.

As previously referenced, a people’s right to self-determination is the foremost of all human rights.  It is incorporated in Chapter 1, Article 1 of the UN Charter: Principles and Purposes where it is acknowledged as essential for the promotion of international peace[4].  And its elementary importance is articulated again in the guidance on human rights articulated by the UN Human Rights Council:

The right of self-determination is of particular importance because its realization is an essential condition for the effective guarantee and observance of individual human rights and for the promotion and strengthening of those rights.  It is for that reason that States set forth the right of self-determination in a provision of positive law in both Covenants and placed this provision as article 1 apart from and before all of the other rights in the two Covenants.[5]

The importance of this cannot be overstated and bears reiteration – the collective right to self-determination is the foremost human right because it “is an essential condition for the effective guarantee and observance of individual human rights.”  In effect, without achieving self-determination a people has no means of protecting itself at either a collective or individual level from suffering enduring and compounding violations of its rights.  This is exactly the situation Palestinians find themselves in.  A situation  described in detail in the International Court of Justice (ICJ) Advisory Opinion on the Wall[6] and in the numerous reports submitted to the UN Human Rights Council by consecutive Special Rapporteurs on Human Rights in Palestine.

The Taoiseach, rather than deflecting from where responsibility for the human rights crisis in Palestine lies,  should, if he wishes to support peace, justice and freedom, be working in alliance with the principles and rules of international law to end these violations by holding Israel accountable for its occupation.  The very position Michael Lynk, the UN Special Rapporteur on Palestine to the UN advocated in his latest submission:

The Taoiseach thus needs to understand that statements such as that which he gave in response to Richard Boyd Barrett TD not only fail to address the real cause of the human rights crisis  in Palestine, they actually collude with the violations inflicted upon the Palestinian people – they enable the occupier and in some ways help make these violations possible.

The leader of a nation which historically suffered so much under foreign domination and colonisation should know better than to follow such a line. The widespread support for the Occupied Territories Bill should be ample evidence that the people of Ireland overwhelmingly stand in solidarity with the people of Palestine and their struggle for freedom, justice and equality, and do not support such statements being made on their behalf by the head of the Irish Government.

Instead, we believe the Irish Government should be to the forefront in promoting the rights of Palestinians and taking concrete action in defence of these rights, including being to the fore in supporting Sen. Frances Black’s Control of Economic Activities (Occupied Territories) Bill which seeks to bring Ireland into line with its obligations under international law.

We hope that this letter is useful and that the Taoiseach will bear all of the above in mind during future exchanges on the subject of human rights violations and war crimes perpetrated on the Palestinian people.

[1] Vienna Declaration and Programme Article 1, Adopted by the World Conference on Human Rights in Vienna on 25 June 1993.

[3] Universal Declaration of Human Rights. Preamble, “ Member States have pledged themselves to achieve, in cooperation with the United Nations, the promotion of universal respect for and observance of human rights and fundamental freedoms.”

[4] UN Charter, Chapter 1. Principles and Purposes, Article 1, paragraph 2: “To develop friendly relations among nations based on respect for the principle of equal rights and self-determination of peoples, and to take other appropriate measures to strengthen universal peace”

[6]  ICJ, Legal Consequences of the Construction of a Wall in the Occupied Palestinian Territory (2004).