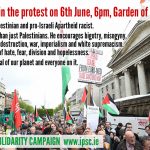 With US President Donald Trump set to visit Ireland and be feted by our government next week, there will be protests around the country against this warmonger and viciously anti-Palestinian racist.

The Ireland-Palestine Solidarity Campaign (IPSC) encourages all our members and supporters to attend these protests to let Trump and our government know that bigoted, misogynistic warmongers are not welcome on our shores.  In particular we ask supporters based in or near Dublin to join the Palestine bloc on the Dublin protest on Thursday 6th June, and those based near Shannon to join the ongoing protest there.

The Trump-Netanyahu Axis of Racism is an ongoing disaster for the Palestinian people. The Trump administration has enacted a series of harsh policies, including recognising occupied Jerusalem as the capital of apartheid Israel, recognising the illegal annexation of the Syrian Golan Heights, threatening the International Criminal Court, and cutting all funding to UNRWA, the agency responsible for providing education and healthcare to millions of Palestinian refugees.

There can be no doubt that Donald Trump is an anti-Palestinian and pro-Israeli Apartheid racist. But he is a threat to more than just Palestinians. He encourages bigotry, misogyny, xenophobia, environmental destruction, war, imperialism and white supremacism. He represents the politics of hate, fear, division and hopelessness. He is a danger to the survival of our planet and everyone on it.

* He is destroying the planet
* He is an imperialist warmonger
* He is the world’s leading misogynist
* He is a racist, Islamaphobe and Apartheid Israel supporter
* He is a vicious transphobe
* He represents the 1% 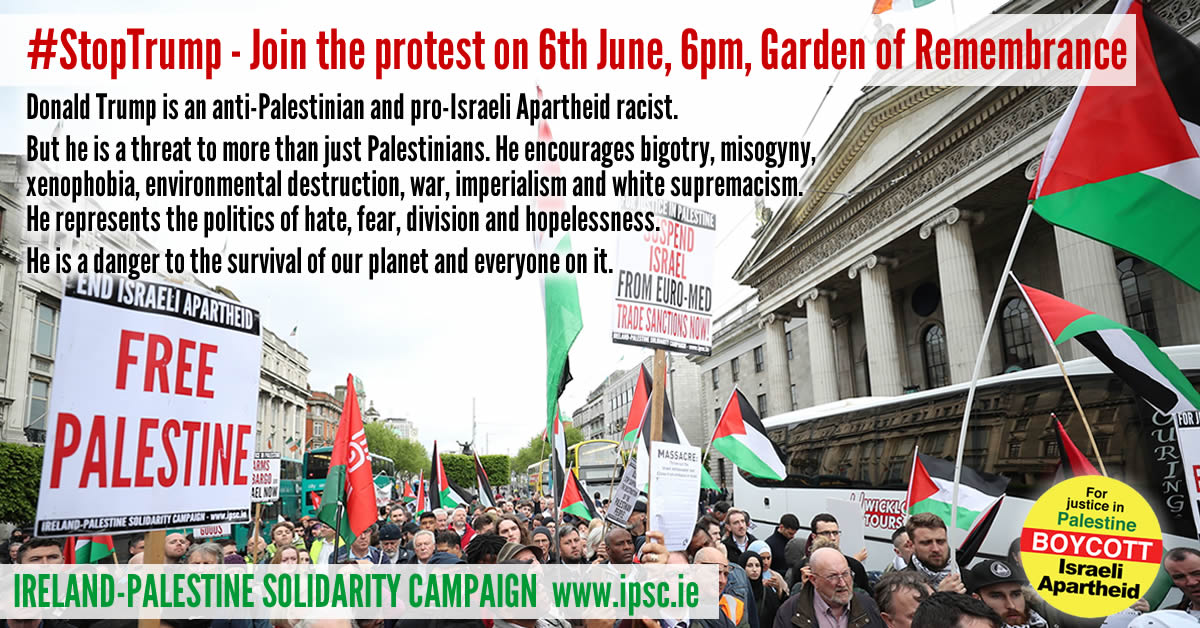