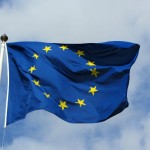 Yesterday the European Parliament showed how empty the EU’s words of condemnation against Israel’s imminent annexation of parts of the occupied Palestinian West Bank are by voting to give consent to the ratification of the EU-Israel Aviation Agreement.

While the EU ostensibly opposes Israel’s annexation of Palestinian land, with Foreign Policy Chief Josep Borrell saying that such a step “cannot pass unchallenged”, it has continued to lavish Israel with gifts. Last night’s vote is only the latest in a series of enticements from the EU to Israel, which have fuelled decades of impunity and human rights abuses against Palestinians.

On Monday, the European Investment Bank announced a €150 million loan to Israel for the construction of a desalination plant. Meanwhile, Israel has continued to pillage Palestinian aquifers and rivers in the occupied West Bank, depriving whole communities from access to water, while imposing a criminal blockade on Gaza that has denied potable water to its 2 million inhabitants.

“MEPs had an opportunity to stand up for justice for the Palestinian people and show apartheid Israel that there will be accountability for violations of international law. Unfortunately, by choosing to continue with business as usual with Israel, even in the face of the roundly condemned annexation plan, MEPs have shown once again how unwilling the EU is to actually act in defence of human rights and the rule of law”.

In total, 437 MEPs from EPP, REG, ECR and some from S&D, among others, voted in favour of the agreement. Ahead of the vote, MEP Clare Daly from Ireland made a plea to MEPs to reject the agreement saying that “to ratify this agreement now…would be perceived as an upgrade in bilateral relations with the state of Israel.”

Just an hour after the result of the vote was announced, MEPs held a separate plenary debate with High Representative Joseph Borrell to discuss EU measures to deter Israel from declaring annexation.

Aneta Jerska, the coordinator of the European Coordination of Committees and Associations for Palestine (ECCP) said:

“Those same political groups whom we heard expressing concern about annexation had just made annexation possible by voting in favour of the EU-Israel Aviation Agreement. This is by any standards the pinnacle of the EU’s hypocrisy. European citizens need to see no more crocodile tears from their elected politicians. The EU must impose sanctions on Israel, as member states once did against apartheid South Africa, including a military embargo on Israel, a ban on trade with illegal settlements and the suspension of the EU-Israel Association Agreement. Only by ending ‘business as usual’, will Israel feel pressure to change its criminal behaviour.”