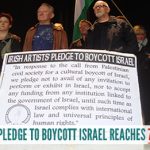 The Pledge – which commits signatories to refrain from performing in the apartheid state of Israel – was launched by the Ireland-Palestine Solidarity Campaign (IPSC) in August 2010. Modelled on the successful cultural boycott of Apartheid South Africa, it has been called “a ground-breaking initiative” by the Boycott, Divestment and Sanctions (BDS) National Committee in Palestine, the leadership of the global BDS movement for Palestinian freedom. The Pledge reads as follows: 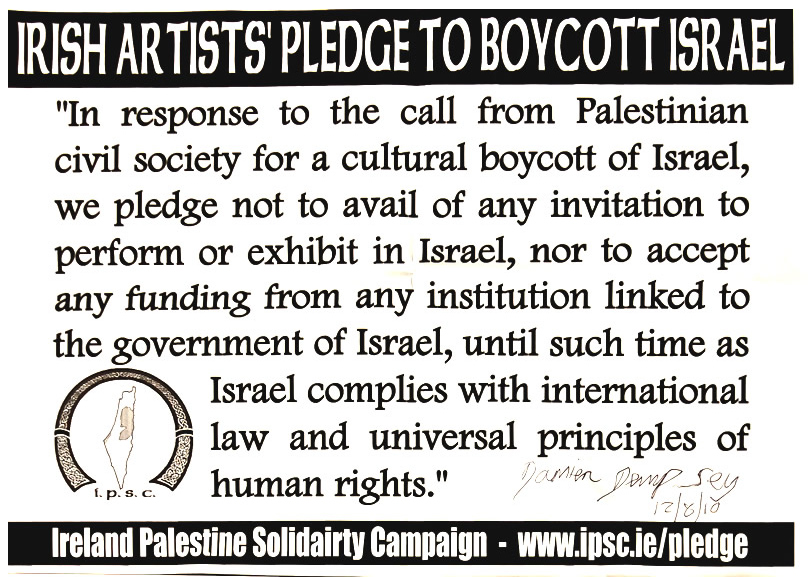 The 706 signatories range from some of Ireland’s most internationally known figures to artists starting out on their careers. They include actors, writers, poets, painters, sculptors, film-makers, dancers, architects, composers, designers, musicians and others, including many members of Ireland’s state-sponsored academy of artists Aosdána.

Ireland’s was the first nationally organised cultural boycott of Israel, and was followed by similar successful initiatives in Switzerland, South Africa, Britain and elsewhere.

Fatin Al Tamimi, Chairperson of the Ireland-Palestine Solidarity Campaign, said: “As Palestinians struggle to deal with the dual threats of COVID-19 pandemic and Israel’s oppressive apartheid regime, and with annexation continuing to loom, there is a growing absence of hope in my homeland right now.

“However, the fact that hundreds of artists in Ireland are willing to stand in solidarity with our struggle by refusing to help Apartheid Israel culturally whitewash its crimes against my people, is a huge ray of hope, and makes me incredibly proud of my adoptive homeland. I thank each one of the signatories, and I ask every other Irish artist to sign up to boycott Israel until we Palestinians enjoy our freedom, justice and equality.” 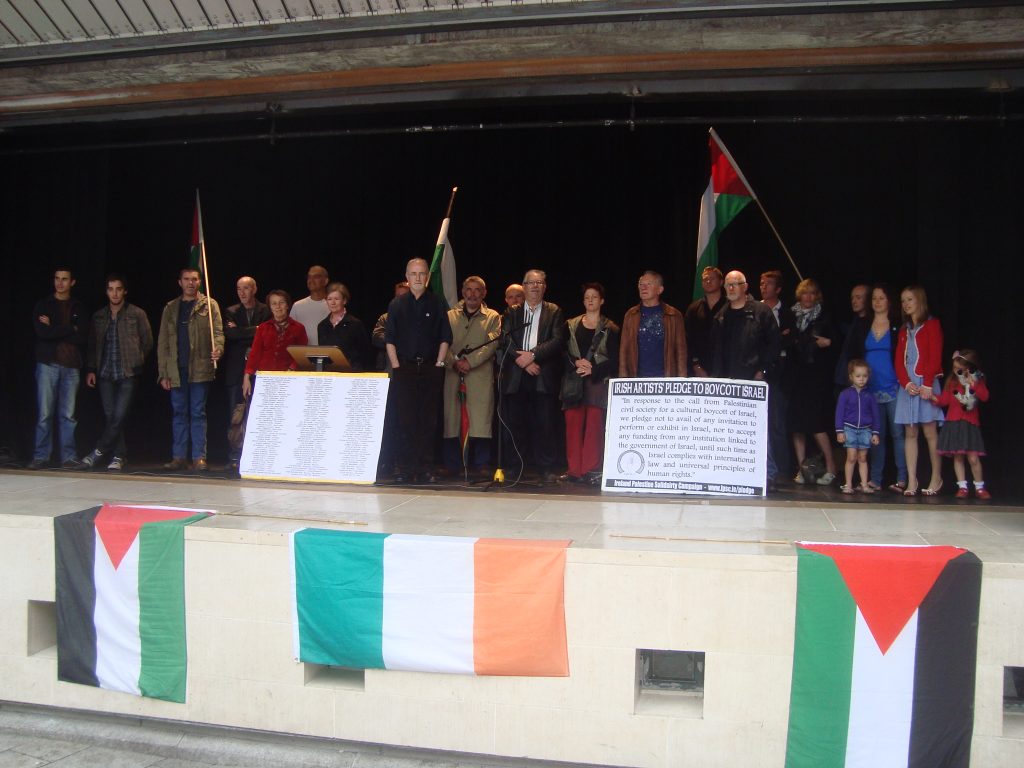 IPSC Cultural Liaison Zoe Lawlor pointed out that “Since 2006 the Israeli government has been engaged in an aggressive public relations campaign known as ‘Brand Israel’ which, in the words of a former head of Israel’s Foreign Ministry, promotes ‘culture as a propaganda tool of the first rank’ and ‘does not differentiate between propaganda and culture’. The purpose of this propaganda campaign is to promote an image of Israel as a cultured, liberal democracy, an image completely at odds with its violent and racist reality.

“Unfortunately, Western governments’ continued failure to sanction Israel means it remains necessary for civil society to take action for justice for Palestine. This pledge allows people from the artistic community to take a stand in solidarity with the Palestinian people, so if you are an Irish artist or an artist based in Ireland and would like to add your signature, please see www.ipsc.ie/pledge”.