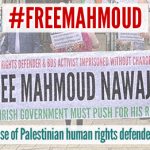 At lunchtime today, Thursday 6th August, Palestinian rights campaigners gathered outside the Irish parliament in a symbolic and socially distanced protest to call for the release of Palestinian human rights defender and BDS activist Mahmoud Nawajaa, who has been imprisoned for a week without charge by Israel. 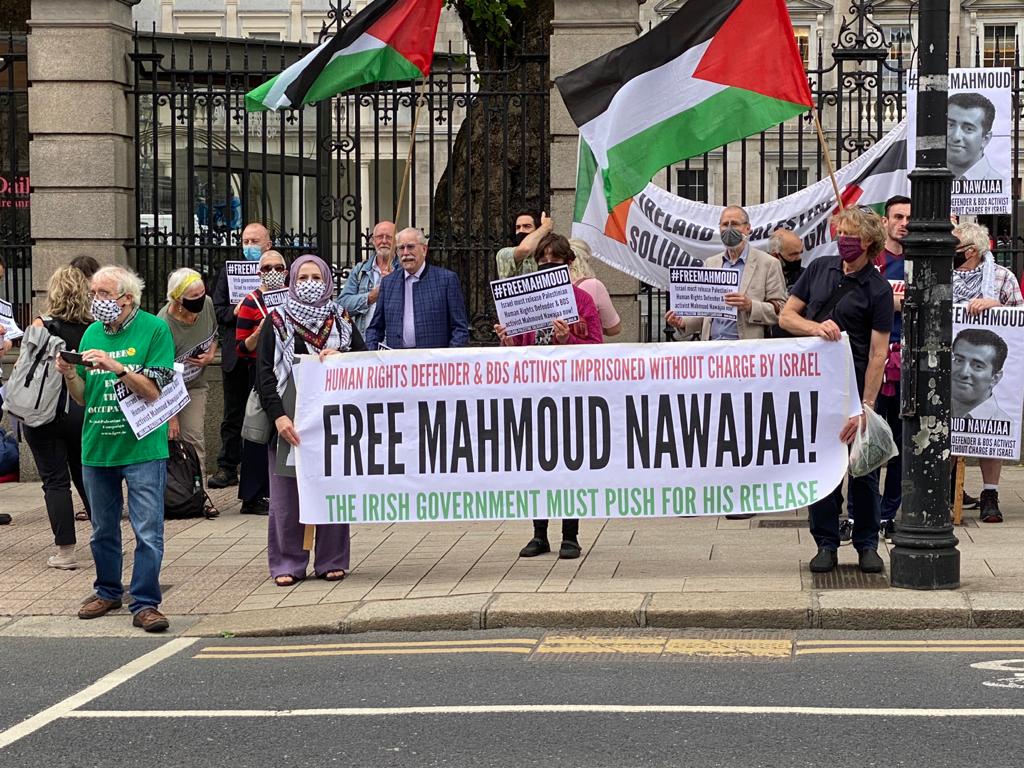 Speaking outside Leinster House, Ireland-Palestine Solidarity Campaign (IPSC) Chairperson Fatin Al Tamimi said: “The arrest of our colleague Mahmoud Nawajaa is yet another attack by the Apartheid state of Israel on those who speak out and organise against its crimes against the Palestinian people. That a human rights defender and community leader can be arrested by scores of occupation soldiers in the dead of night, in front of his wife and terrified small children by dozens of armed soldiers, and then held for a week without even being charged speaks volumes about Israel’s system of oppression.

“Despite our differences, we have always welcomed the Irish government’s recognition of the legitimacy of the Palestinian Boycott, Divestment and Sanctions (BDS) Movement and the government’s outspoken opposition to efforts to attack or criminalise the movement.

“However, we are extremely concerned that the Irish government has yet to issue a condemnation of Mr. Nawajaa’s arbitrary arrest and detention without trial, nor has it called upon Israel to release him. This would appear to go against the Department of Foreign Affairs’ assertion that ‘the promotion of human rights has always been a cornerstone of our foreign policy.’ 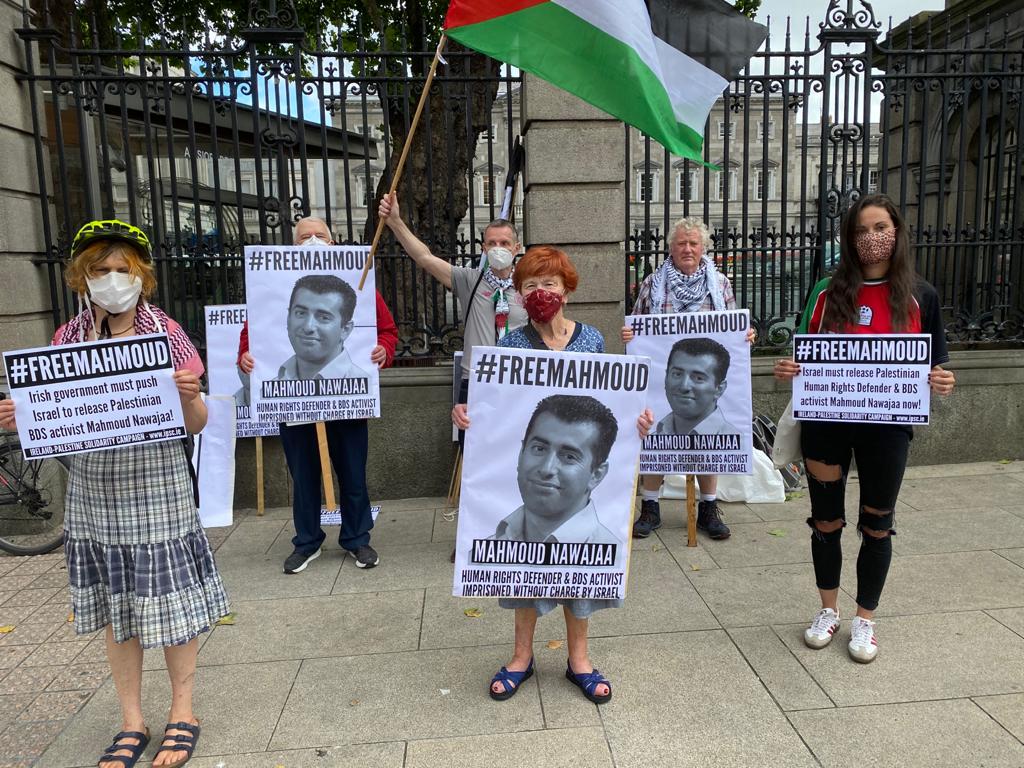 “Similarly, that the European Union has yet to call for his release would appear to stand in stark contrast to its commitment to supporting and protecting human rights defenders in non-EU countries in accordance with its Guidelines on Human Rights Defenders.

“We therefore again ask the Irish government and the EU to join those like Front Line Defenders and the Irish Congress of Trade Unions who have condemned this arrest of a prominent human rights defender and BDS activist, and to protest forcefully to the Israeli authorities to secure Mahmoud’s immediate release.

“Further, we believe it is high time for states, including Ireland, to move beyond criticism of Israel’s human rights abuses and international law violations, and to impose lawful, targeted sanctions to end these crimes in order to help Palestinians to achieve our freedom, justice and equality. Such sanctions would include a bi-lateral arms embargo on Israel, the suspension of Israel from the EU-Israel Association (Euromed) Agreement and the Horizon EU Framework funding programs – and for Ireland to push for same in the international arena.” 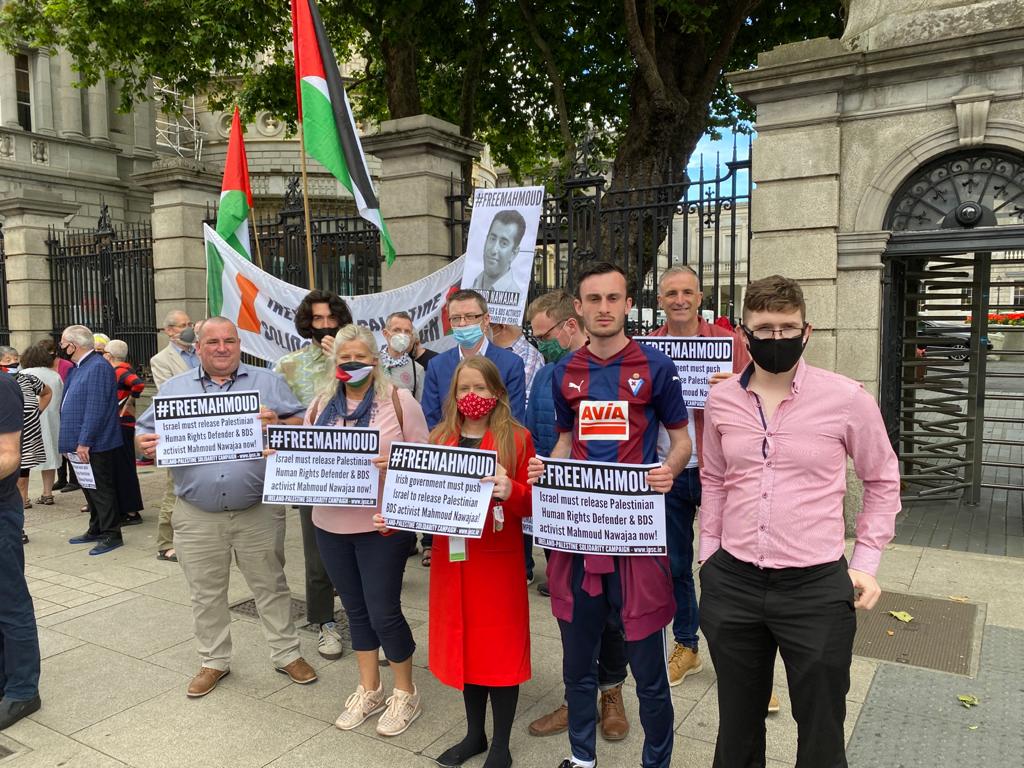 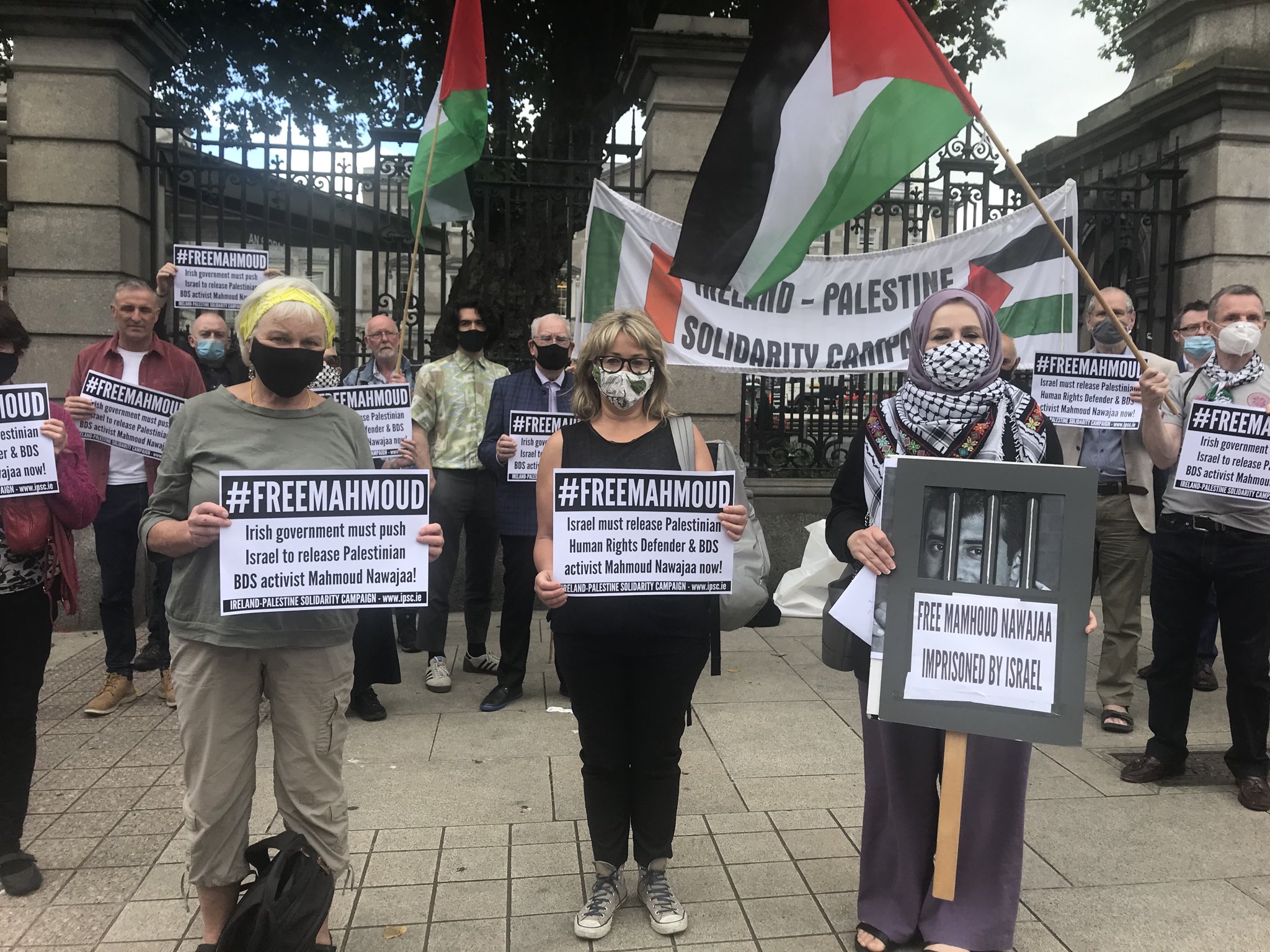 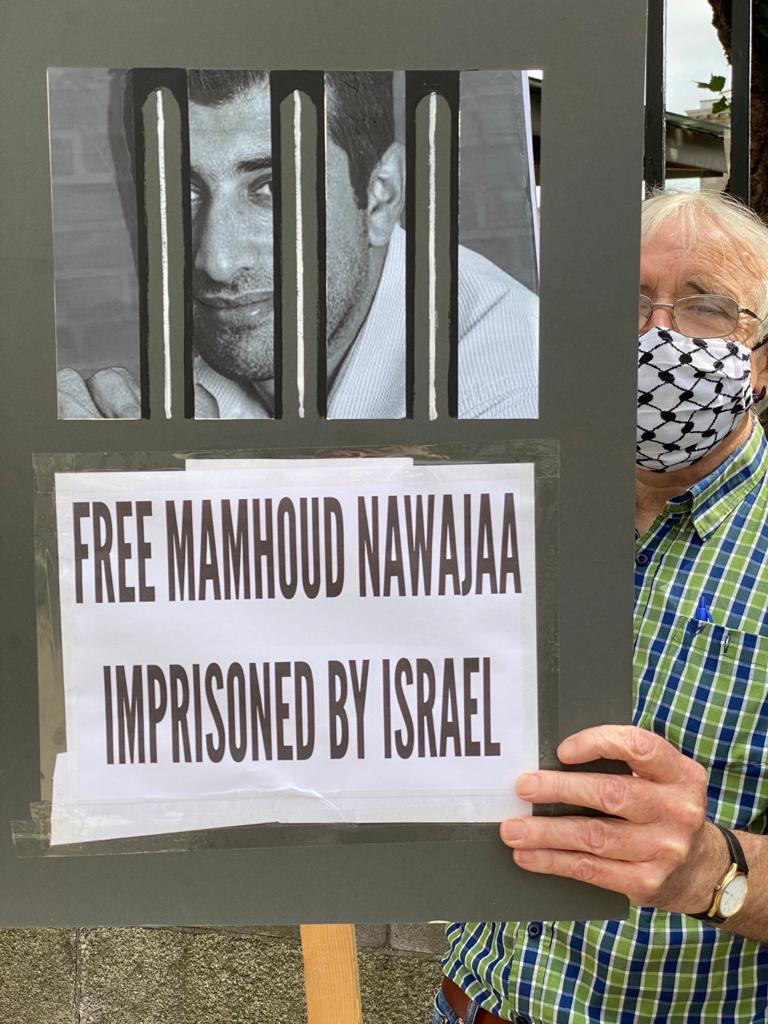 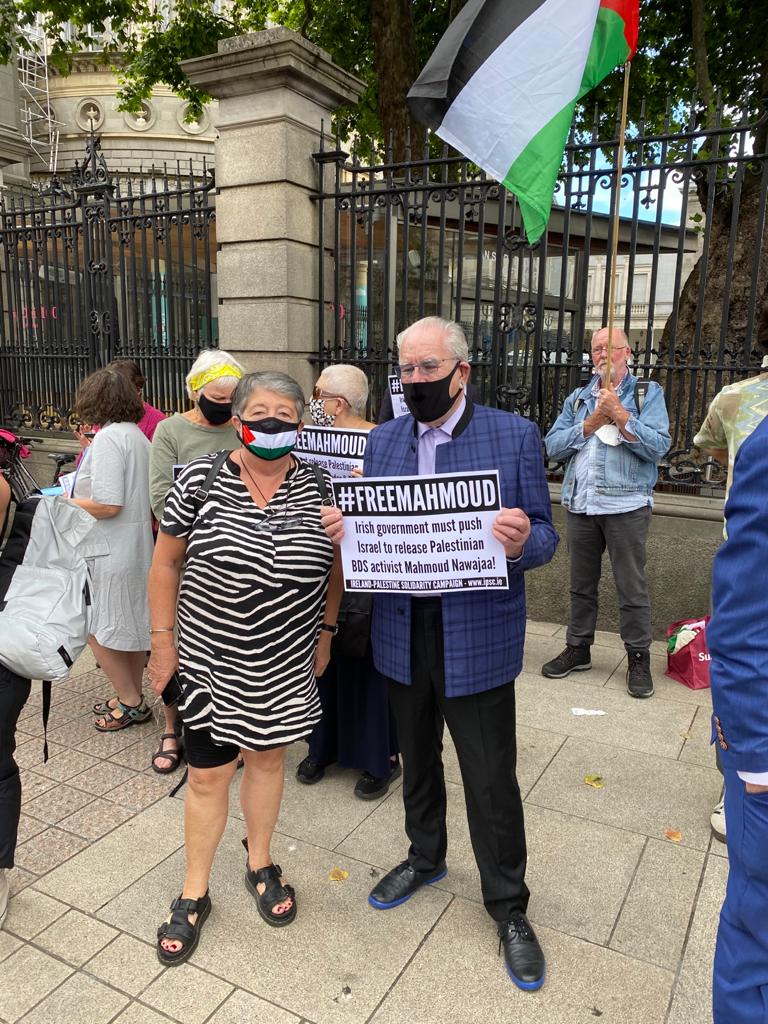 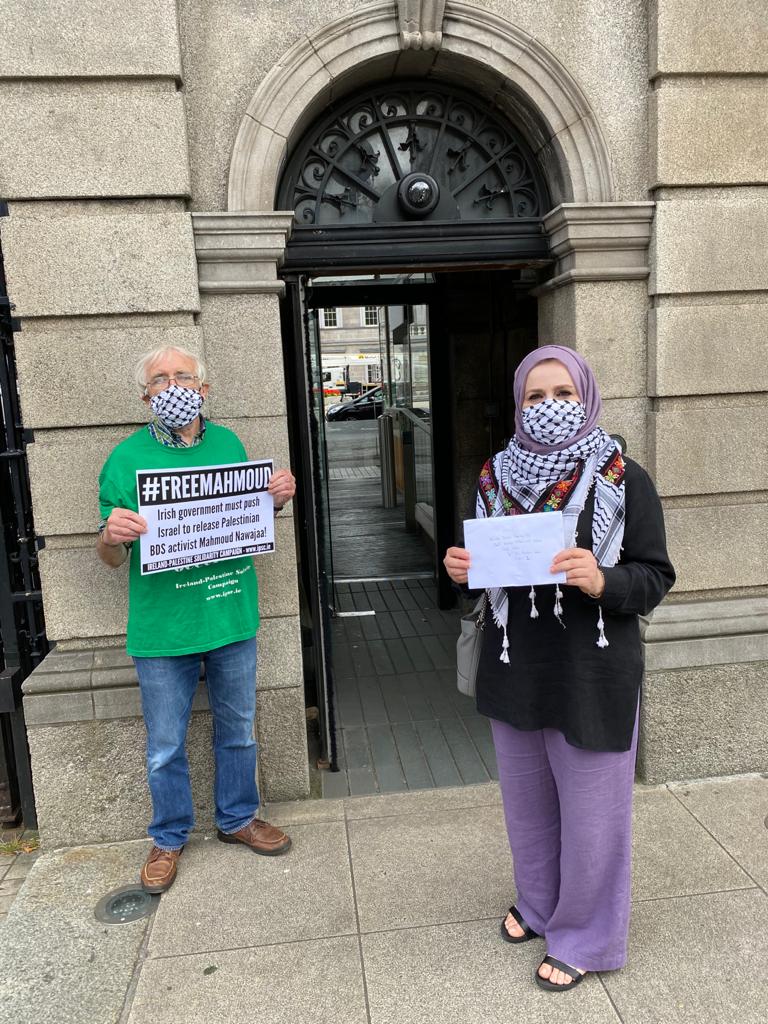 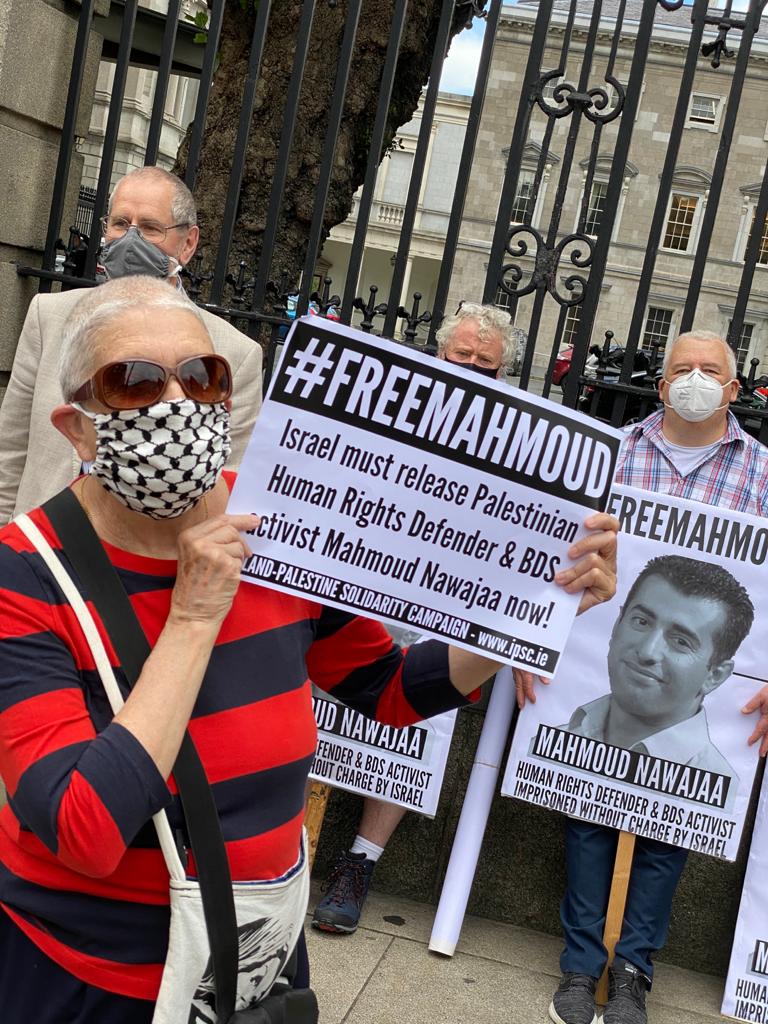 Members of IPSC, Academics for Palestine and Kairos Ireland 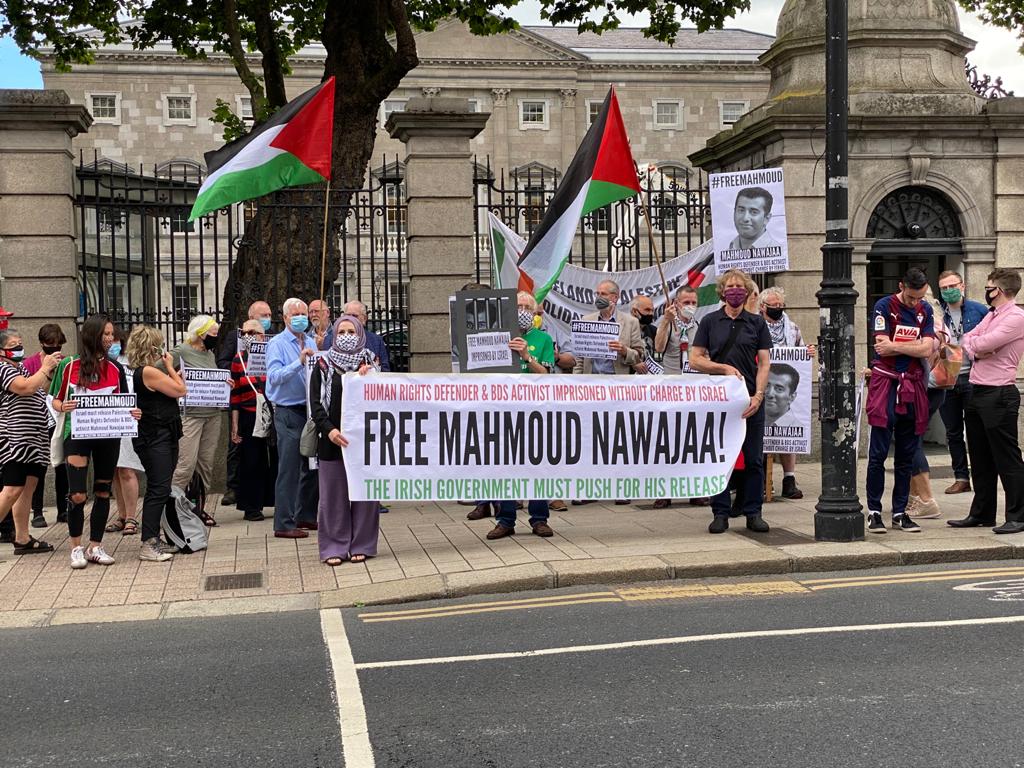 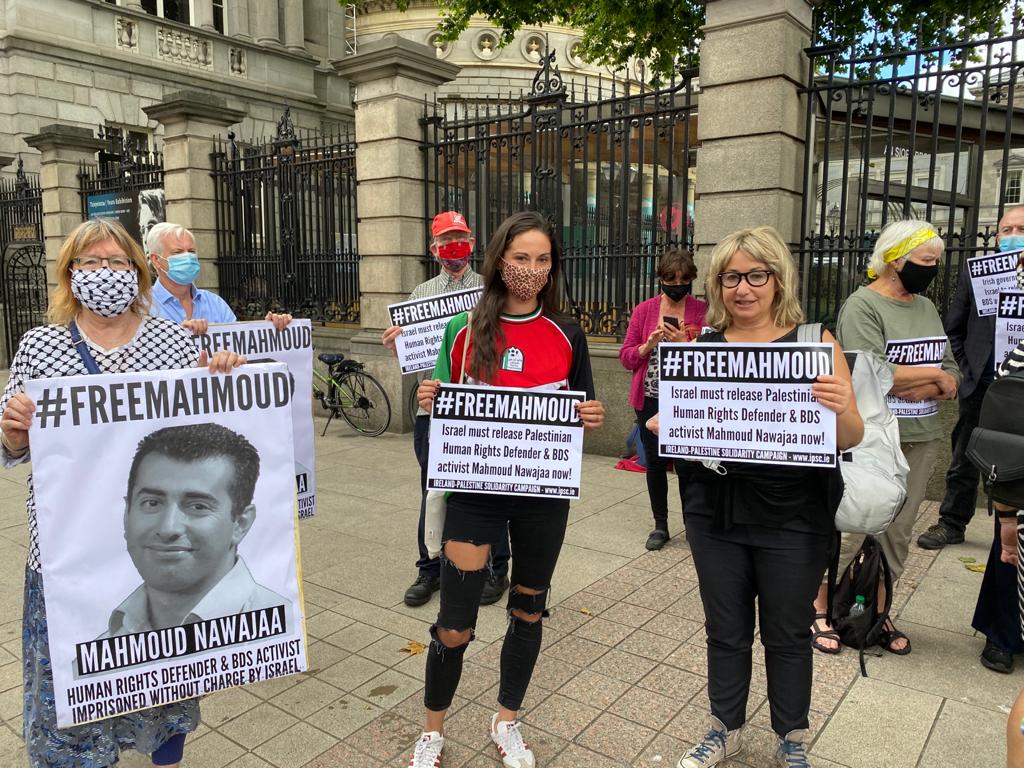