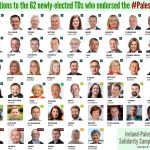 The Irish general election of 8th February saw the election of 62 TDs who endorsed the Ireland-Palestine Solidarity Campaign’s three #PalestinePledges, while a number of the other 147 candidates who signed up narrowly missed out on taking seats.

The pledges call on candidates to

You can see the full list of TDs who supported the #PalestinePledges in the graphic below (click the image to enlarge it). 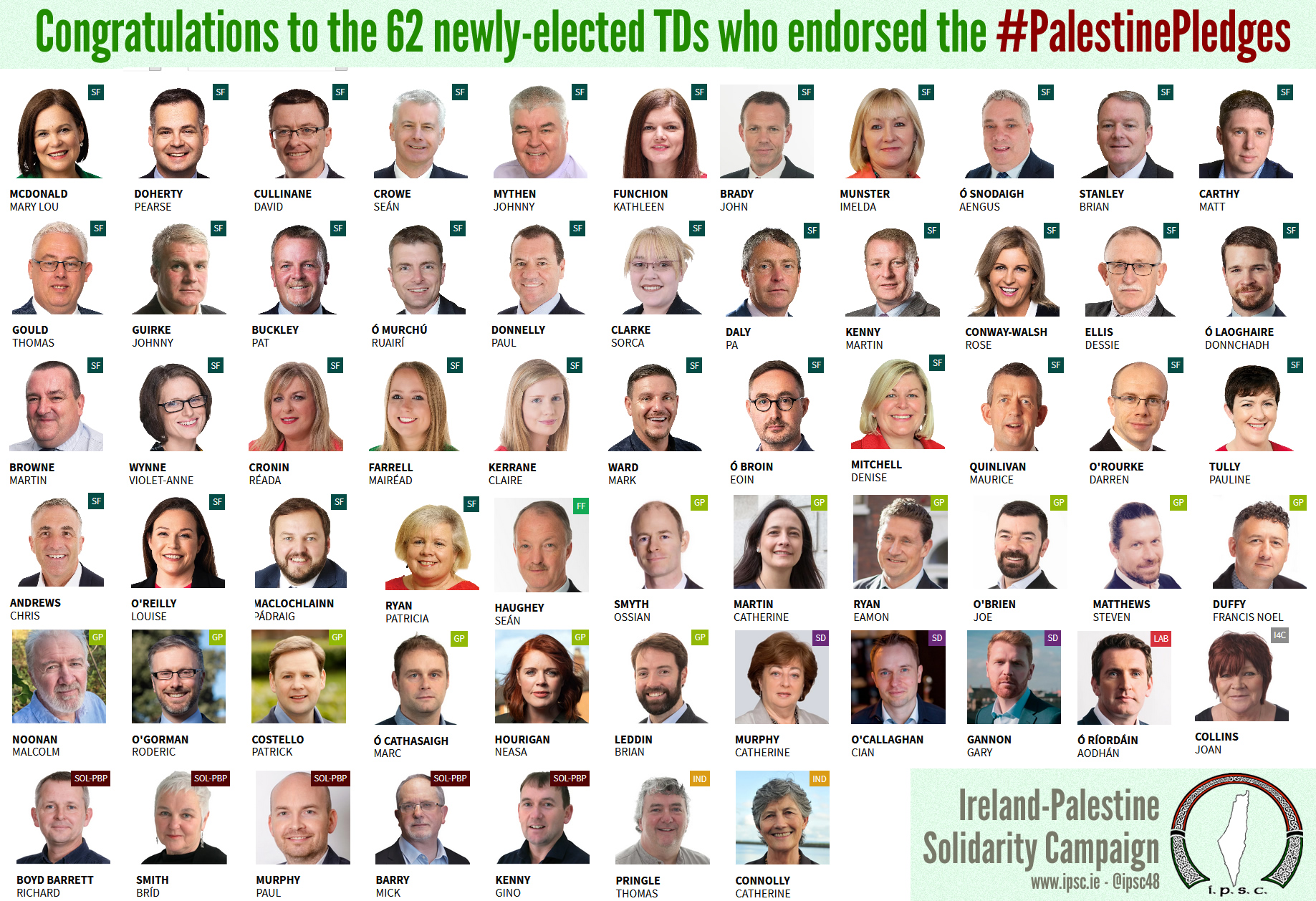 In particular, we are delighted to see that our dear friends Gino Kenny and Padraig MacLochlainn – respectively, the Vice Chair and Secretary of the Cross Party Oireachtas Friends of Palestine group in the Irish parliament – have been elected. We hope also that the tireless CPOFOP Chairperson, Sen. Francis Black, will be returned when the Seanad elections happen.

Furthermore, by our count, based on adding those who supported the pledges, those whose parties manifestos pledged support, and those who voted in favour in Januaray 209, some 113 TDs now support the passing of the Occupied Territories Bill, while only 39 oppose it (and 8 are unknowns).

They are wonderful numbers, so we hope that any new government will act swiftly to pass it into law, especially in light of the recently released research by Uplift – People Powered Change about the serious abuse of the ‘Money Message’ by the previous government to prevent legislation such as the Occupied Territories Bill from passing.

We hope such opaque behaviour is not repeated by any new government.

Finally, we’d once again like to thank all the 147 candidates who signed the #PalestinePledges and showed your solidarity with the people of Palestine, your support for the Palestinian people’s struggle for Freedom, Justice and Equality is greatly appreciated.