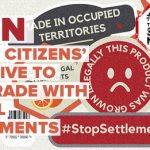 Our coalition includes over 100 international civil society organisations such as Human Rights Watch, the International Federation for Human Rights and Avaaz, while here at home the Ireland-Palestine Solidarity Campaign, Trocaire, Action Aid, ICTU, UpLift, Christian Aid, Jewish Voice for a Just Peace, Financial Justice Ireland, Sadaka and Comhlámh are some of the 20+ Irish organisations involved.

WHAT IS A EUROPEAN CITIZENS' INITIATIVE?

A European Citizens’ Initiative is an official instrument for democratic participation of citizens in EU policy making. If an ECI garners one million signatures from EU citizens over 12 months the European Commission must consider and debate the petition’s demands.

AN ECI IS OPEN TO ALL EU CITIZENS AGED OVER 18, REGARDLESS OF WHETHER THEY LIVE IN THE EU OR ELSEWHERE. THAT MEANS AN IRISH NATIONAL LIVING OUTSIDE THE EU, OR AN EU NATIONAL LIVING IN IRELAND, CAN SIGN!

The EU has been shamefully inconsistent in its respect of the rule of law. Even though illegal settlements constitute a war crime under international law, the EU allows trade with them. In the case of Israel’s settlements, the UN Security Council has called on states to render them no assistance, and the European Union has repeatedly declared that they constitute a flagrant violation of international law. Nevertheless, the EU continues to trade with them, which has aided and emboldened their ongoing expansion.

Despite the overwhelming support of the Irish people for the Occupied Territories Bill, the Irish government has disgracefully refused to enact it. This ECI now gives us a rare and exciting chance to speak directly to the political bureaucrats in Ireland and the EU, and to propose a European-wide Occupied Territories Bill, that will force the EU to end its ongoing complicity with illegal settlements.

Ireland-Palestine Solidarity Campaign chairperson, Fatin Al Tamimi, said: “Together, we the citizens of Europe can make our collective voice heard to change on this issue. We can stop EU trade with, and sustenance for, illegal settlements in occupied territories, including my own country of Palestine. I urge all people who care about human rights and international law to take just two minutes to sign the petition!” 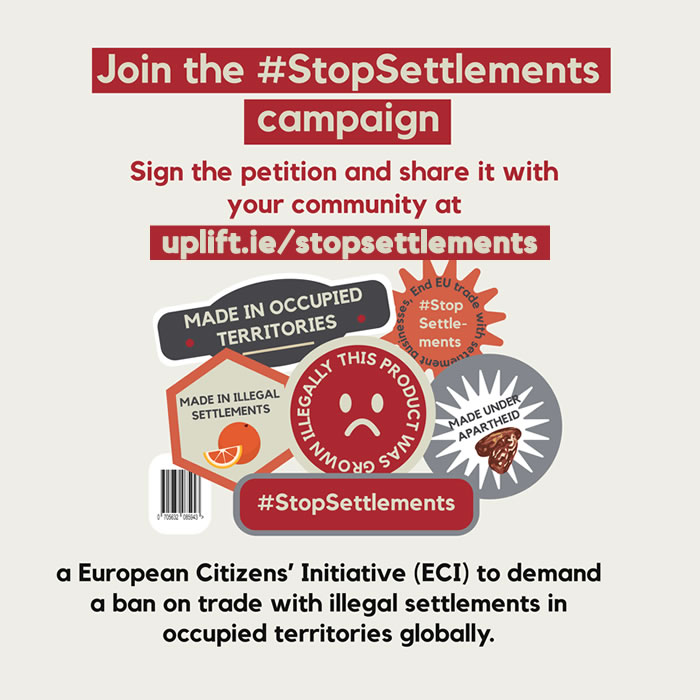