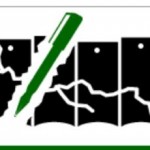 In the interests of the public record, and standing accused by Gerard Donovan of “actively intimidat[ing] an Irish writer”, we are republishing the IPSC/PACBI Open Letter and introduction.

Despite repeated attempts to contact Irish writer Gerard Donovan regarding his taking part in the International Writers’ Festival to be held in Jerusalem in May – which the Palestinian Campaign for the Academic and Cultural Boycott of Israel have called for a boycott of – no response has been forthcoming*. We therefore now issue the following Open Letter to Mr. Donovan in the hopes that he will reconsider taking part in this event aimed at whitewashing Israeli occupation, apartheid and war crimes against the Palestinian people.

* [Note: we later discovered that he no longer uses the Plymouth University email address we had sent the letter to – the the address remains active with no way of knowing that it’s no longer used by Mr. Donovan]

I am pasting below an appeal from PACBI (Palestinian Campaign for the Academic and Cultural Boycott of Israel -http://www.pacbi.org/etemplate.php?id=1825) to all writers planning to participate in the International Writers’ Festival to be held in Jerusalem next May.

There is nothing that I can add to this eloquent appeal, save to stress (this is often misunderstood, sometimes deliberately) that the call for a cultural boycott of Apartheid Israel is not directed against individual artists but against the Israeli state, which is deemed to be whitewashed by the participation of international artists in events subsidised by that state.

Let me also draw your attention to the Pledge signed, to date, by 216 Irish artists (http://www.ipsc.ie/cultural-boycott/ipsc-irish-artists-pledge-to-boycott-israel) who refuse to perform, exhibit, read, etc. in the state of Israel until that state abides by international law and international humanitarian law and ends its criminal practices against the Palestinian people.

Public appeal to international writers: do not partake in celebrating apartheid Jerusalem!

We are writing to you from the Palestinian Campaign for the Academic and Cultural Boycott of Israel (PACBI) to urge you in the strongest terms to cancel your participation in the International Writers’  Festival to be held in Jerusalem (Mishkenot Sha’ananim) from May 13-18, 2012. Doing otherwise would inadvertently lend a stamp of approval to Israeli policies of colonialism, apartheid and occupation.  This is especially given the festival’s ties to the Israeli political and cultural establishment, which uses the festival as an opportunity to rebrand Israel as a normal country by showing its “prettier face”–its vibrant cultural and artistic community. [1]  Israel, however, is not a normal country and should not be admitted into the global cultural arena until it respects international law and recognizes the Palestinian people’s right to freedom, equality and justice.

At a time when the international movement to isolate Israel is gaining ground in response to the escalation of Israel’s colonial and racist policies, we urge you to reflect upon the ethical implications of your accepting an invitation to take part in such a festival.  Pertinent facts concerning this festival include the announcement that, in accordance with the tradition of previous festivals, the President of the state will preside over the festival s opening; that it expects to be funded by the Jerusalem Foundation, the Ministry of Culture, the Ministry of Foreign Affairs, and the Jerusalem Municipality;[2] and that the festival is envisioned by its organizers as a public-relations exercise to “improve the image of Jerusalem”:

The Writers Festival makes a direct and meaningful contribution to improving the image of Jerusalem around the world, and at the same time, continuing a most significant tradition of Jerusalem as the centre of creativity, scholarship and spirituality.  These complementary goals can be met with the help of friends around the world who understand that the power of the written word can have an impact on how we all view Jerusalem. Through renewing our commitment to Jerusalem as a creative capital, with Mishkenot Sha’ananim as a key player bringing leading minds and creative talent together, it is possible to bring about change for the future of Jerusalem. [3]

We urge you not to lend your name to this propaganda exercise. Jerusalem epitomizes, in the starkest terms, the colonial and apartheid regime now in place in the occupied Palestinian territory.  We need not remind you of the ongoing and deepening Israeli campaign to confiscate Palestinian land and destroy more homes, to expand and build colonies in and around this city, and to block the access of Palestinians in the rest of the West Bank and the Gaza strip from their premier city by means of the apartheid Wall and other barriers to free movement.  In short, Israel is blocking all avenues to self-determination and freedom for Palestinians.

Some of you are internationally prominent writers, and your participation in this festival will place an additional moral responsibility on your shoulders, since by appearing at this festival you will be unwittingly bestowing legitimacy upon a colonial and apartheid regime.  You are certainly aware that Israel has flouted international law for several decades.  Since the hegemonic world powers are actively complicit in enabling and perpetuating Israel’s colonial and oppressive policies, we believe that the only avenue open to achieving justice and upholding international law is sustained work on the part of Palestinian and international civil society to put pressure on Israel and its complicit institutions to end this oppression.

The 2004 Palestinian call appealed to the international academic community to, among other things, “refrain from participation in any form of academic and cultural cooperation, collaboration or joint projects with Israeli institutions” [5].  Following this, in 2005, an overwhelming majority in Palestinian civil society called for an all-encompassing BDS campaign based on the principles of human rights, justice, freedom and equality [6].  The BDS movement adopts a nonviolent, morally consistent strategy to hold Israel accountable to the same human rights and international law standards as other nations. It is asking the international academic community to heed the boycott call, as it did in the struggle against South African apartheid, until “Israel withdraws from all the lands occupied in 1967, including East Jerusalem; removes all its colonies in those lands; agrees to United Nations resolutions relevant to the restitution of Palestinian refugees rights; and dismantles its system of apartheid.” [7]

Your decision to participate in the International Writers’ Festival will violate the Palestinian call for boycott and will constitute a blunt rejection of the appeal from over 170 civil society organizations that comprise thePalestinian BDS movement.

Your participation would function as a whitewash of Israel s practices, making it appear as though business with Israel should go on as usual. Concretely, Israel routinely violates Palestinians’ basic human rights in some of the following ways:

Palestinians in the West Bank and Gaza Strip live under a brutal and unlawful military occupation.  Israel restricts Palestinians’ freedom of movement and of speech; blocks access to lands, health care, and education; imprisons Palestinian leaders and human rights activists without charge or trial; and inflicts, on a daily basis, humiliation and violence at the more than 600 military checkpoints and roadblocks strangling the West Bank.  All the while, Israel continues to build its illegal wall on occupied Palestinian land and to support the ever-expanding network of illegal, Jewish-only settlements that divide the West Bank into Bantustans.  The International Court of Justice in its historic 2004 advisory opinion concluded that Israel’s wall and colonies built on occupied Palestinian land are illegal [8]

Palestinian citizens of Israel face a growing system of Apartheid within Israel’s borders, with laws and policies that deny them the rights that their Jewish counterparts enjoy.  These laws and policies affect education, land ownership, housing, employment, marriage, and all other aspects of people’s daily lives.  In many ways this system strikingly resembles Jim Crow and apartheid South Africa.

Since 1948, when Zionist militias and later Israel dispossessed more than 750,000 Palestinian people in order to form an exclusivist Jewish state, Israel has denied Palestinian refugees their internationally recognized right to return to their homes and their lands.  Israel also continues to expel Palestinian communities from their lands in Jerusalem, the Jordan Valley and the Naqab (Negev).  Today, there are more than 7 million Palestinian refugees still struggling for their right to return to their homes, like all refugees around the world.

In Gaza, Palestinians have been subjected to a criminal and immoral siege since 2006.  As part of this siege, Israel has prevented not only various types of medicines, candles, musical instruments, crayons, clothing, shoes, blankets, pasta, tea, coffee and chocolate, but also books from reaching the 1.5 million Palestinians incarcerated in the world’s largest open-air prison [9]

With Israel’s continued disregard for international law and the basic rights of the Palestinian people, the kind of solidarity we expect from people of conscience around the world is to heed the Palestinian civil society call for BDS against Israel and its complicit institutions, as international artists and cultural workers did in the struggle against apartheid in South Africa.

In heeding the Palestinian call for boycott, you will be joining the increasing number of international writers including John Berger, Arundhati Roy, Alice Walker, Judith Butler, Iain Banks, Naomi Klein, Ahdaf Soueif, Eduardo Galeano, among others, who have in recent years refused to engage apartheid Israel and who have chosen not to cross the Palestinian picket line.